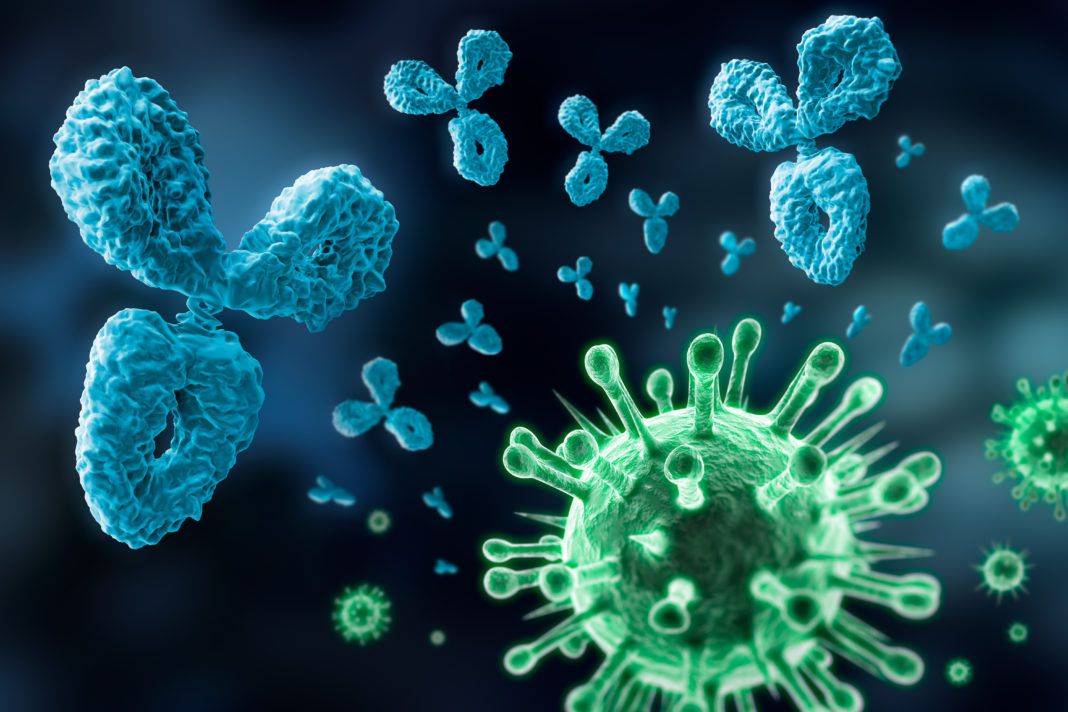 COVID-19, the disease caused by the SARS-CoV2 virus, has rapidly spread around the world because people did not have immunity to it. This article explains the concept of immunity and how it can be acquired.

The natural way for immunity to build is through an infection with the SARS-CoV2 virus: The virus is a particle that consists of genetic information, RNA, contained within an envelope made of fat and several proteins. By itself, a virus is not a live organism, it needs a host whose cells it can hijack for its own replication. To infect a host cell, the virus has to be able to bind to the surface of a host cell, to a particular protein on that surface called a “receptor.” This binding reaction “opens the door” for the virus to enter the cell and release its own genetic material. Because each cell constantly processes RNA molecules for its own survival, and because the virus RNA looks similar to cellular RNAs, an infected cell becomes the production factory for more virus RNA and assembly of new virus particles. These particles are shed from the cells and can infect surrounding cells, or when they get expelled from the host—by coughing, for example—they can infect other hosts.

Within a few days, the “virus factories” become stressed and send out distress signals called cytokines. These molecules activate several types of “first-responder” cells of the host immune system. Some of these immune cells attack and kill infected cells, while others try to immediately gobble up the newly made virus particles. Yet other cells send alerts for more help by releasing more cytokines that also cause inflammation. When this process goes into overdrive before more help arrives, it results in the “cytokine storm” that can be fatal.

While the more specialized “second-line responders” are mobilized, the viral particles are swallowed up by macrophages. Dedicated to “trash collection and recycling,” macrophages break down everything into smaller pieces. Fragments of viral protein are then displayed on their cell surface in a process called “antigen presentation.” These particular fragments, from a novel-to-us virus, are unknown to people’s immune systems. The particles are recognized as “foreign,” and that’s when a vigorous immune response by the second-line responders ensues.

B-cells can recognize foreign fragments through antibodies on their surface that bind to the fragments on “antigen-presenting cells.” This recognition triggers production of more antibodies. The antibodies are released, and also circulate through the blood, where they can bind to everything they recognize as foreign. At the scene of infection and inflammation, antibodies cluster onto the viral particles, tagging them for further removal by macrophages. This protects cells in the immediate vicinity of infected cells.

The antibody production process can be greatly amplified with the assistance of so-called helper T-cells: They interact with B-cells by secreting yet additional cytokines that stimulate even higher antibody production. By engaging T cells, antibody manufacturing is greatly accelerated. Eventually, the concentration of antibodies against protein fragments resembling the virus is so high that it overpowers the speed of virus replication.

A particularly powerful feature of this “adaptive immune response” is that B cells have great capacity for continuous improvement, mutating their antibodies to become even better at neutralizing the virus. It is this capacity for “hypermutation” that ultimately outsmarts the virus, and that is critical to building a “memory” of the virus exposure. Immunological memory is developed not only among B cells but also among T cells and can be marshaled for an even faster and better response that can protect against a full-blown second infection. To what extent such a memory is formed after SARS-CoV2 infection, and how long it may last, is currently unknown.

The immune system works very well in healthy people, and the real beauties of the system are: a) the magnification loops within an acute response, and b) the chronic memory systems developed as a consequence. But the cytokine storms experienced by some COVID-19 patients indicate that the first-line response can go awry, and that treatments for these cases are urgently needed. The second-line immune defense can also be weakened, which happens with age as the strength of helper T cells wanes. B cells are still able to produce antibodies and to undergo hypermutation, but the magnitude of immune responses in the elderly is typically blunted.

Additionally, underlying health impairments, particularly those with inflammatory contribution, like obesity and diabetes, can reduce the effectiveness of immune responses, whether it is at the stage of the first-line innate response, the adaptive response, or in memory formation. Pre-existing conditions that weaken the response against SARS-CoV2 infection and increase the severity of COVID-19 symptoms are beginning to be identified, but exactly how the immune system becomes weakened by these conditions remains to be investigated.

While immunological memory can protect a previously infected individual from future infections, human populations will only be protected when “herd immunity” status has been reached, meaning a large fraction of the population has developed immunity. Clearly, the burden of disease and fatalities resulting from SARS-CoV2 infection is too high to wait for herd immunity to develop through “natural” infection cycles. This is why the development of effective vaccines has become paramount.

The acquisition of immunity through vaccination bypasses the acute infection step. Regardless of the particular ingredients in a vaccine, the basic principle is that the response to foreign particles is stimulated in much the same way as it would be in an acute infection. However, a difference between vaccination and real virus infection is that during an infection, a unique cell type is present that does not participate in a vaccination: so-called “natural” killer cells that can directly kill any virus-infected cell, again using a sophisticated molecular detection system for foreign particles. Killed virus-infected cells are then chomped up by macrophages.

On the other hand, some of the collateral damage and inflammatory processes associated with the first-line and natural killer cell responses would be circumvented, as the objective is activation of the adaptive immune system and the subsequent formation of immunological memory. As the antibodies and cells that carry immunological memory circulate throughout the body, in blood, lymph and tissue fluids, new waves of infection can effectively be neutralized wherever and whenever the virus attempts to enter the individual again. With good memory, second infections may be completely asymptomatic.

Therefore, even when the virus itself is no longer detectable after the first infection has subsided, antibodies against SARS-CoV2 are a good indication for a prior infection. Particularly relevant are the so-called IgG antibodies, which are the stronger and substantially improved antibodies. Rapid tests for such antibodies are being developed, and some have recently been approved by the FDA. What is currently unclear, however, is to what extent the presence of antibodies implies that they can neutralize SARS-CoV2 in a second exposure to the virus. Nonetheless, infection or vaccination are the two ways in which “active immunity” can be acquired.

Some protection may be afforded by “passive immunity”, which, as the term indicates, does not activate the body’s own defense system. Instead, it relies on antibodies transferred from somebody else. Since a previously infected person has such antibodies in their blood, that can be used—after removal of blood cells—as “convalescent plasma” in transfusions. Convalescent plasma is currently being evaluated as a treatment for severely ill COVID-19 patients. The transfused antibodies are expected to bind virus particles, and in this way reduce the amount of active virus and the disease burden for the patient. Because even transfused antibodies circulate throughout the body for a long time (but not indefinitely), they also can confer passive immunity to a never-infected person. But because those people’s immune systems were never activated by infection or vaccination, the antibodies alone will not protect them as well as a proper vaccination would. 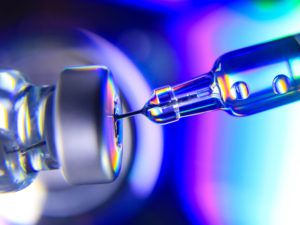 So, development of a vaccine would be the best option to acquire immunity against this virus. But since Coronaviruses can also mutate, vaccines may have to be adapted as new strains of virus emerge. This takes place every year for the common flu vaccines. Therefore, timely and widespread testing is not only essential to ongoing management of the pandemic and the tracking of emerging immunity, but is also a key requisite in the development of effective vaccines.

CounterspaceBR gets response from LDH, but awaits help with permits 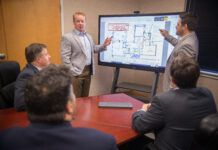 Gulf Coast Office Products: A catalyst for others’ success

Workers have upper hand amid slowdown with baby boomers retiring