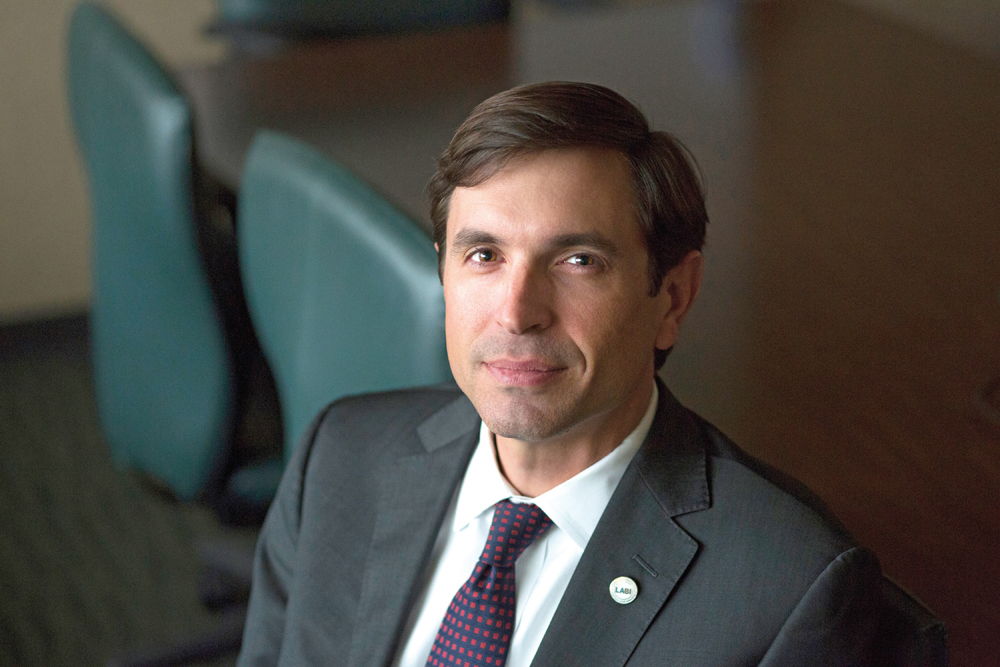 These words, and many more that should not be uttered by a gentleman, are the words that came to mind this week as images of our nation’s Capitol being treated like a frat house on a drunken weekend came across the airwaves. America, a country that has long been the world’s admirable torch bearer for bedrock pillars such as democracy, freedom, morality and justice, showed that unfortunately we also have another uninspiring side of ourselves that we hate to acknowledge. The world sees that we are a nation going through some version of a mid-life crisis, currently having trouble living daily by the very principles we so proudly espouse.

This must change. We all must get back to being that shining city on a hill. But that will not happen without every single American taking a good, long look in the mirror.

Our current president, rather than running on a strong economic record of job creation, has relied more on incendiary rhetoric to provoke furor and rage against those who disagree with his positions. Our incoming president promises to replace our foundational free enterprise economic system with one that more closely resembles the failed socialist structures of the past, many of which were found in countries we bravely fought to reform generations ago. Many elected officials from competing political parties can barely stand the sight of each other, much less have the rapport to work out complicated compromises on some of our most pressing issues. Our independent media has lost their independence and for many citizens they have been replaced by an unfettered social media system that is overflowing with hateful rhetoric, faceless agitators, manipulative liars and unlimited manufactured entities meant to deceive and sow discontent. Our election process is archaic, inconsistent and untrusted. Spending is high, taxes are likely to go up, our schools are falling behind, our cities have burned, law enforcement has been undermined, minorities feel unprotected, businesses have been shut down, unemployment has spiked and our churches have been closed for roughly a year. Our children are watching all of this in real time, the consequences of which we shall one day have to deal with.

If the 244 years since our country’s independence were a marriage, this year would at best be called a “rough patch.” Perhaps a little marriage counseling is in order.

Disagreement in a free society is expected and, in many ways actually encouraged, because it is what constantly forces a collective body to have the introspective moments needed to grow, evolve, mature and develop. But we have lost the ability to listen and learn… to disagree with honor, respect and substantive discourse and we desperately need to find a way to get it back. Disagreements these days more closely resemble a Jerry Springer episode rather than a debate between Hamilton and Jefferson.

On Jan. 20, a new president will take the oath of office. I did not vote for him. As a fiscal conservative, my personal politics do not align with his. I am deeply concerned with the policies I expect him to pursue. I am equally concerned with the new Congress he will have to work with and desperately hope they will not collectively become an unstoppable political juggernaut that will shift America’s approach to a more socialist and liberal direction. I think that would be a grave mistake for our great nation.

Having said that, I understand other Americans disagree with me. And I respect that disagreement. Because I trust they love this country as much as I do, they just view it from a different perspective shaped by different life experiences. Make no mistake, I will do my part during the hotly contested policy and political battles to come, to ensure the path to a more socialist society is stopped and that conservative principles will win the day more than not. But I will also pray along the way for all my fellow countrymen, even those with whom I have opposing positions, and hope the united bond we all have as Americans will always be held in higher esteem than the differences we have as Republicans, Democrats and independents.

My favorite American president was Ronald Reagan. He once said, “In a world wracked by hatred, economic crisis and political tension, America remains mankind’s best hope.”

I fundamentally agree with him on this point. We have forgotten who we are, and it’s time get our mojo back. We are that shining city on a hill. We are the beacon for the world to follow. We have been through challenging times before and we have overcome them time and time again. Sure, these headwinds of today are strong, but we have conquered tougher storms than this. We can persevere by getting back to what we have always done best: Putting country first. Loving our fellow man. Prioritizing God in our lives. Standing on principle. Disagreeing with honor and substantive discourse. Teaching our children about the greatness of America and the goodness of its people through our words and our actions.

Reagan also once said, “One of the worst mistakes anybody can make is to bet against America.”

Damn right. Let’s prove the world wrong. Let’s all come together and get back to being America again.

Stephen Waguespack is the president and CEO of Louisiana Association of Business and Industry.

Hammond-based Gnarly Barley named Brewery of the Year by magazine

What the 2021 crawfish season will look like for Louisiana

Write in your nominations for the 2021 Best of 225 Awards