A task force created by the Senate president and House speaker will soon convene a series of meetings with virtual and in-person elements to help guide the Legislature as it tackles issues related to COVID-19 in its upcoming sessions.

With lawmakers currently hunkering down in their respective districts during Louisiana’s stay-at-home order, the task force could emerge as the temporary policy body to watch, bringing to mind the Louisiana Recovery Authority, which was created in the wake of hurricanes Katrina and Rita to oversee spending and prioritize needs.

Lawmakers may not remain hunkered down for long, however, with anticipation building for an early May return to the Capitol. It was announced last week that the Louisiana Legislative Advisory Task Force on Economic Recovery will present its recommendations to the House and Senate by July 1, but some members are pushing to get something on paper sooner.

The urgency is being fueled by the ongoing regular session, which is scheduled for a June 1 adjournment. The task force, meanwhile, will have its initial organizational meeting on Thursday (April 23). “Our first phase will have to be done pretty quickly,” says task force chairman Jason DeCuir of Ryan, an international tax services firm.

As reported recently in LaPolitics Weekly, many lawmakers envision three sessions for 2020, including the ongoing regular session, a follow-up special session to address budgetary and health care needs, and another special session, possibly in the fall, that will carry an economic development banner.

While short- and long-term policy recommendations will be born from the legislative task force, which is heavy on representation from business and industry, Gov. John Bel Edwards has also created an administration-back commission called Resilient Louisiana.

That commission has been “charged with examining Louisiana’s economy amid the COVID-19 pandemic and making recommendations for more resilient business-related activities and commerce in the coming months.” It is co-chaired by Louisiana Economic Development Secretary Don Pierson and Terrie Sterling, a consultant and former executive with the Franciscan Missionaries of Our Lady Health System.

Pierson told Business Report’s Stephanie Riegel this week that he was unaware the Legislature’s leadership was creating its own task force and suggested that there won’t be a duplication of efforts. To be sure, the two groups will likely focus on different priorities.

The administration’s commission counts two current legislators as members, as appointed by the Senate president and House speaker: Sen. Ronnie Johns of Lake Charles and Rep. Paula Davis of Baton Rouge. The legislative task force, by comparison, includes the chairmen of all of the key budget and tax committees, including Central Sen. Bodi White of the Senate Finance Committee; Houma Rep. Jerome Zeringue of the House Appropriations Committee; Franklin Sen. Bret Allain of the Senate Revenue and Fiscal Affairs Committee; and Lafayette Rep. Stuart Bishop of the House Ways and Means Committee.

All of the lawmakers listed in the above paragraph are both white and Republican, and there are no Democratic or black legislators on either panel. On social media and the blogosphere, pundits and pontificators have been quick to point out that the commission was crafted by Edwards’ Democratic administration and the task force was forged by the Republican leadership in the Legislature.

Those reads of the panels, though, are only from the surface. Put a better way, the governor’s commission is pro-Edwards and the Legislature’s task force is undeniably pro-business, with a touch of overlap here and there. That’s not to say these groups will allow politics to trump the seriousness of the situation at hand, but it’s also not difficult to guess what kind of recommendations are coming from each.

The legislative task force will likely explore corporate tax breaks and at some point at least discuss changes to the sales tax structure. Such ideas will be a non-starter for many on the administration’s commission who believe business and industry need to pay their “fair share” in taxes, as Edwards preached ad nauseam last term. In other words, there will be plenty to disagree about, but no one serving on these panels appears eager to create an environment of competition.

Alas, that’s where all of this might be headed unless care and caution take the wheel. If the governor’s commission focuses on the pragmatic steps of opening Louisiana back up for normalcy (whatever that will mean) and the legislative task force focuses on what will inevitably be business-friendly policy suggestions, then the Legislature can step up in the coming months to sort out the rest in concert with the administration.

Otherwise, this will all lead to politics as usual, which would be yet another virus on this great state. 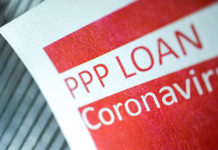 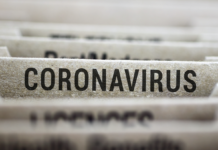 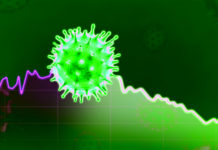