In roughly two weeks State Rep. Jack McFarland will hit the road to sell his plan to reform Louisiana’s highway funding formula. His target audience will be lawmakers and administration and transportation officials.

McFarland, R-Jonesboro, is working on draft legislation that was unveiled last week to the Louisiana Coalition to Fix Our Roads. While the portion dealing with Louisiana’s 16-cent gas tax will garner the most attention, the plan also calls for a comprehensive audit of the Department of Transportation and Development; future legislative action on those findings; and a new focus on preservation, maintenance and regional priorities.

The Republican representative wants his final bill to instruct the legislative auditor to spend two years or more looking for organizational efficiencies and streamlining opportunities at DOTD. The resulting findings would then be forwarded to a committee of five private sector representatives appointed by the governor, House speaker and Senate president.

That private sector committee would be charged with sending recommendations to the Legislature in 2025, at the start of a new term of state government.

“There would be an impact on the current term, but the next administration and Legislature would really be in the driver’s seat,” McFarland says. “This will put them in a position to make real reforms and to stop using capital outlay for highway and road needs. This plan would also mean that the temporary sales tax piece that expires next term won’t be needed any longer.”

The revenue that would create this kind of fiscal freedom would come courtesy of an increase in the gas tax of up to 36 cents, phased in gradually through 2033. The bill would also include a $400 annual fee for electric vehicles and a $250 fee for hybrid vehicles.

Of course, any kind of a tax, no matter the size, will give some conservatives heartburn. “With over 320,000 Louisianans losing jobs, raising the gas tax is a bad idea that should stay in 2020,” said James Lee, deputy director for the Louisiana chapter of Americans for Prosperity. “AFP-Louisiana and our grassroots activists across the state will be making sure legislators hear that message loud and clear.”

There is a push, however, to work with conservatives in new ways in the coming years on this issue. One such effort, as previously reported in this space, is led by GOP consultant Charlie Davis and Louisiana Family Forum President Gene Mills. Called “Build Right,” the group will seek to help conservatives and libertarians rethink how they look at infrastructure and transportation issues. “I can’t think of anything less family friendly than spending time in traffic or losing a life due to a lack of adequate infrastructure,” Mills says. “From levees and ditches to underground power lines, we’re 20 years behind everyone else.”

As for the money generated by McFarland’s plan, 60% would be dedicated to preservation and maintenance, while 40 percent would be for highway priority program projects classified as “capacity projects.” In that latter category, certain projects would be prioritized. Some of those projects being considered include:

There are already some conservative corners of the Capitol ready to dismiss McFarland’s proposal, which would be a mistake. The usual opponents should at least reserve judgment for the 2021 regular session, when the legislation will be debated and the public will be allowed to weigh in on the matter. Because right now Louisiana’s infrastructure is on a road to nowhere, and rejecting solutions without presenting competing ideas would create yet another policy pothole. 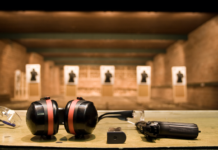