We were supposed to get to know the House and Senate as almost entirely new bodies during the regular session, but the learning curve was lengthened by COVID-19 as lawmakers hunkered down in their districts and quietly plotted or opposed the special session that was scheduled to adjourn Tuesday.

While we might have a clearer picture of what the rest of this legislative term will look like, it’s still incomplete. Legislators were supposed to work for three consecutive months during the regular session, from March 9 to June 1, but only managed a month of action due to the stay-at-home order. Mix in the past month of policymaking during the special session, and our annual legislative dose is shy by roughly 30 days.

Of course, that difference could be rectified by a fall special session, which many are still expecting around October. Another 30 days in Baton Rouge later this year would be necessitated by any budget changes due the economy or additional aid from the federal government.

For now, we have only the takeaways gleaned from the abbreviated regular session and the special session now facing down sine die—and there have been a few important ones. Here are some of the key brushstrokes:

• Legislative independence is here: The vast majority of the House and Senate sought to sever outside voices from leadership elections like never before earlier this year. Just a few months later, the lawmakers called themselves into a special session for only the second time in the state’s history, sidestepping the governor’s traditional role. In between these legislative mile-markers, they filed resolutions and bills to give the Legislature more input—at the governor’s expense—on advancing construction projects, appointing emergency successors and providing oversight for executive orders. None of those proposals made it the distance, but they did kick off a policy trend that will continue to play out this term. The popularity of temporary suspension resolutions, to avoid a gubernatorial veto, and the incessant chatter about veto overrides are other factors to remember as well.

• Procedure and process are political: The growing unease and heated debates over fiscal notes finally culminated in June with the ousting of legislative fiscal officer John Carpenter, who served in an independent position. Lawmakers have long sought more influence over the post. In the House, there has also been more second-guessing of the clerk than has been seen in recent memory and an uptick in retroactive legislation. The House changed its rules regarding the handling of conference committee reports and certain staffing issues and the Senate added new language for how last-day resolutions are voted on. That’s all to say that not only are the politics in Capitoland changing, but so are the procedures and processes.

• A seat for business and industry: After putting considerable resources into last cycle’s legislative elections, the lobbyists and government relations professionals attached to Louisiana’s most influential businesses seized an enhanced position at the policymaking table on issues ranging from tort reform to taxes. While business interests enjoyed an enviable role in drafting the agenda for the special session, they also fielded accusations of having too much control over the legislative process. That allegation, of course, was deflated a touch when the governor vetoed business and industry’s centerpiece policy effort from the regular session—tort reform. This special session, however, may present us with a different story.

• The leadership is united: Gone are the days when the Senate served as a reliable backstop for the governor. Instead, the Senate now backs up the House and the House looks to the Senate as an important partner. Much of this has to do with the cohesiveness of Senate President Page Cortez and House Speaker Clay Schexnayder, who have gone as far as to create a joint fundraising committee. This has created a new set of challenges for the administration as it has sought out House and Senate allies, but how divided the executive and legislative branches actually are this term remains to be seen.

• Intra-term turnover will be high: Each year of the last term brought with it new faces as legislators headed for the doors. Complaining of a hyper-partisan environment that favored rancor over results, lawmakers created a record turnover as they scored new elected jobs or simply gave up on Capitoland. So far this term, it seems like the trend will continue. Already Rep. Lance Harris is running for Congress, Rep. Joe Marino is seeking a judgeship and Rep. Stephen Dwight will be on the fall ballot for district attorney.

• Race will be a part of the conversation: Debates over police practices and institutional prejudices made for a few emotional moments during the special session, from tear-filled committee testimonies to Rep. Ted James’ “One of Them” speech on the House floor, which goes down as one of the most memorable orations from his legislative generation. But it was just the beginning, and the rest of this term promises to offer more of the same. Something to watch for is how the Black and Democratic caucuses find ways to function as one, which would bring additional strength to their shared goals. 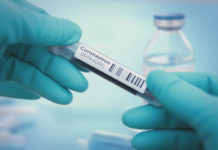 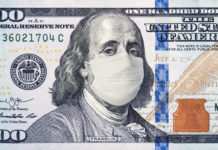