Home Newsletters Hide from Home Page Alford: The legislative session is fluid if nothing else
Facebook
Twitter
Linkedin
Email
Print

When lawmakers returned to the Capitol on Tuesday to reconvene before once again temporarily adjourning until an unspecified date, Senate President Page Cortez of Lafayette told his colleagues that the regular session has taken on a “fluid nature.”

He added that fiscal estimates have “become more difficult” and urged senators to stop requesting daily updates from staffers on specific subjects.

“It’s changing so rapidly we can’t say from one day to the next where we are,” Cortez said of the COVID-19 outbreak’s influence on the ongoing session. “An email from last night is no longer relevant by the time we get to noon.”

House Speaker Clay Schexnayder of Gonzales expressed some of the same uncertainty to representatives. “We’re trying to make the best of a bad situation,” Schexnayder said. Lawmakers should return sometime in May, possibly when coronavirus patients no longer outmatch hospitals, or there’s an acceptable leveling off of cases and deaths.

Schexnayder described the reconvening of the Legislature as “open-ended,” but the session does have an official end date of June 1, followed by the start of the state’s fiscal year July 1.

Unlike other public boards and bodies, the House and Senate cannot host meetings via video or teleconferences. “There are a lot of good reasons why we cannot,” Cortez says, referencing constitutional, statute and rule requirements.

At best, that makes the regular session more fluid than it has ever been. But there are three important benchmarks to track in the coming weeks, which should, in turn, help fill in several gaps:

Which bills will take priority?

Most lawmakers agree that budget bills for the next fiscal year, and legislation related to the coronavirus epidemic in some form or fashion should take priority during what’s left of the regular session.

Then there’s another group of lawmakers and special interests who want to see tort reform issues fully vetted as well, arguing those proposals could lower insurance rates and could have a direct impact as the state recovers.

Sen. Jay Luneau of Alexandria has a related package of legislation supported by Gov. John Bel Edwards and said in an interview Monday that he wasn’t comfortable making predictions about hearings or votes. “I don’t know, the leadership doesn’t know and the governor doesn’t know,” he said, adding the overall situation should become easier to read in two or three weeks.

Schexnayder, prior to the House reconvening, asked representatives to reconsider what may be nonessential bills they filed for the session. The House Republican delegation is also polling its membership to determine what issues conservatives consider to be essential, and tort reform seems to be among the answers of many members.

When will fiscal forecasts be reliable?

Cortez told senators Tuesday that state number-crunchers may not have a handle on the unfolding crisis—meaning the declining oil prices, delayed tax payments, the cost of recovery and more—until this fall. “The later we get, the clearer the picture will be,” Cortez says.

Much focus is on the next Revenue Estimating Conference meeting, which determines exactly how much money the state has to spend. A planned April 8 meeting was canceled and not yet rescheduled.

Commissioner of Administration Jay Dardenne says an REC meeting held over the next couple of weeks “wouldn’t be very instructive” since economists are still evaluating the recent federal stimulus packages, and there’s incomplete information available on other categories of revenue. “My thought is we’ll know a lot more in May than we will in April,” Dardenne said during an interview Monday.

Some House Republicans, however, would like to see a meeting sooner rather than later, countering that any fiscal estimates are better than none, especially as a working group of staffers and lawmakers are said to be exploring various budget options.

Lawmakers, of course, must adhere to Louisiana’s public meetings laws while balancing public health concerns. So far, that has meant screenings that include temperature readings for all entering the Capitol building and the roping off of public seating to encourage social distancing.

The Public Affairs Research Council issued a report this week recommending steps and analyzing risks: “Legislators will need to take exceptional measures to mitigate the risk of exposure and limit the scope of the proceedings. All legislators and participating staff should be tested prior to reconvening a session to see if they have the virus or the antibody. … Although people of all ages are vulnerable, we note that 34 legislators are between the ages of 60 and 70 and 11 are 70 or older. Also, essential legislative staff and administration officials are integral to an informed and efficient session. Beyond that, representatives of local government and special interests would expect to provide input.”

It goes without saying that the old ways of doing things around the Capitol have changed, and that evolution is far from over. Lawmakers need to focus on what truly matters in terms of legislation. They must begin making plans with the Edwards administration for a special session or two this calendar year, and at all costs they need to ensure that the public not only has access to the legislative process but that it feels safe doing so.

MESH expanding across the South 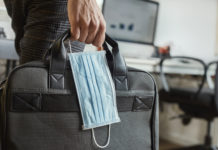 PPP getting a face-lift, but it won’t be wrinkle free 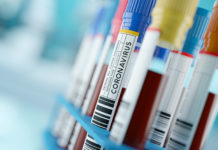