A resolution to allow East Baton Rouge Parish bars to reopen under the state’s phase three guidelines unexpectedly failed to pass through the Metro Council during a brief special meeting this afternoon.

In order for the item to pass, the council needed seven affirmative votes. However, only six of the seven council members who attended Wednesday’s meeting voted in favor of the measure, while council member Erika Green—the lone Democrat in attendance—abstained from the vote.

Surprisingly, council member Chandler Loupe, who co-authored the declaration with four other Republican council members, did not show up for the vote. The reasons behind Loupe’s absence are not immediately clear, as Loupe did not respond to requests for comment.

“Frustrated is an incredible understatement,” says council member Trae Welch, who doesn’t know why Loupe or the other four missing Democratic council members didn’t show up. “I don’t understand the difficulty, when you have an opportunity to put thousands of people back to work, why you wouldn’t take it. This should never come down to politics.”

In an attempt to resolve the matter, Welch says he and some of the other council members have called for another special meeting to take place Friday at 4:30 p.m.

However, it’s important to note the resolution does not have the force of law behind it either way. Mark Armstrong, spokesman for Mayor Sharon Weston Broome’s administration, says the Louisiana Office of Alcohol and Tobacco Control has informed Broome’s office they will continue to recognize the opt-in status for East Baton Rouge Parish, and the agency’s approval will not be rescinded.

“Bars can immediately operate under eased restrictions, as outlined by the ATC,” Armstrong says.

Editor’s Note: This story has been updated since its original publication to include additional comments from the mayor’s office. 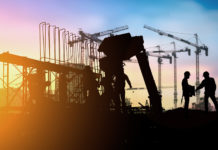 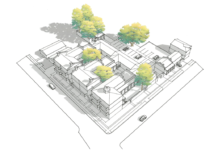