ExxonMobil announced this morning it will move forward with a $247 million investment at its north Baton Rouge refinery to modernize and upgrade the aging facility and enhance its competitiveness.

The three-year modernization program will create some 600 temporary construction jobs a year between 2021-2023 and generate an estimated $5 million a year in sales tax revenues. It will also enable the refinery to retain 1,300 engineer, operator and technician jobs, though it will not create any net new permanent jobs.

ExxonMobil officials have said their north Baton Rouge refinery, more than 60 years old, is losing out to the energy giant’s newer, more efficient refinery in Baytown, Texas, a problem exacerbated in 2020 by the downturn in global demand caused by the pandemic.

Today’s announcement was not completely unexpected. ExxonMobil officials unveiled the proposal in late 2020 to widespread applause from local economic development and elected officials.

Earlier this year, it cleared an even more significant milestone in the process when it secured a $20 million,10-year property tax abatement from the state that was considered crucial to the decision to move forward.

Still, nothing was certain until corporate executives made the final investment decision in early May.

“We are delighted with ExxonMobil’s decision to move forward with this important suite of projects,” Gov. John Bel Edwards says in a prepared statement. “For more than a century, the ExxonMobil Baton Rouge Refinery has fueled the economy of our state and nation. These latest capital upgrades will continue to position the integrated ExxonMobil refinery and chemical complex here in Baton Rouge as one of the world’s most innovative and competitive energy sites.” 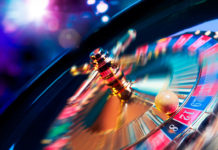 Baton Rouge riverboat casino revenues up 242% from prior May

Small online merchants struggling to keep up with Amazon 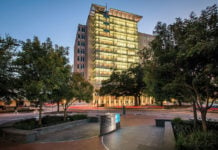