Former LSU President F. King Alexander alleges that, at a secret meeting at Juban’s Creole, members of the LSU Board of Supervisors explicitly instructed him to oust then athletics director Joe Alleva and replace him with Scott Woodward, in a new report from The Chronicle of Higher Education.

One of the board members wrote Woodward’s starting salary on a cocktail napkin, Alexander says. Alexander tells the story of the meeting in a series of interviews with The Chronicle this week.

Related events were corroborated by other sources to verify that the meeting took place.

James M. Williams, who was chairman of the board at the time and attended the dinner, acknowledges that the board suggested that night that LSU replace Alleva with Woodward. But Williams disputes the idea that Alexander had been given an ultimatum.

“King Alexander was never told, ‘You must do this or else; do this or you’re fired; do this or it’s not going to be good for you,’” Williams said in an interview Thursday.

The meeting between Alexander and the board members occurred in April 2019, during a particularly tense period for LSU athletics. Alleva had recently suspended Will Wade, the Tigers’ men’s head basketball coach, who had been caught on a wiretap connected to an FBI investigation of corruption in college athletics recruitment.

The suspension, which had kept Wade out of postseason games, prompted a backlash from LSU fans, and the board members appeared to seize on Alleva’s political vulnerability as an opportunity to install their own pick atop LSU’s vast athletics enterprise.

The LSU board’s direct interference in the firing and hiring of an athletics director, as Alexander describes it, could run afoul of accreditation standards that demand presidents retain control of such decisions, an area that is already the subject of investigation for the Southern Association of Colleges and Schools Commission on Colleges, LSU’s regional accrediting agency. Regional accreditation is necessary for colleges to receive federal financial aid. Read the full story. 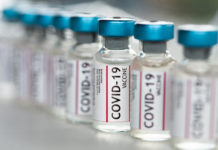 Louisiana getting creative with vaccine outreach as hesitancy persists