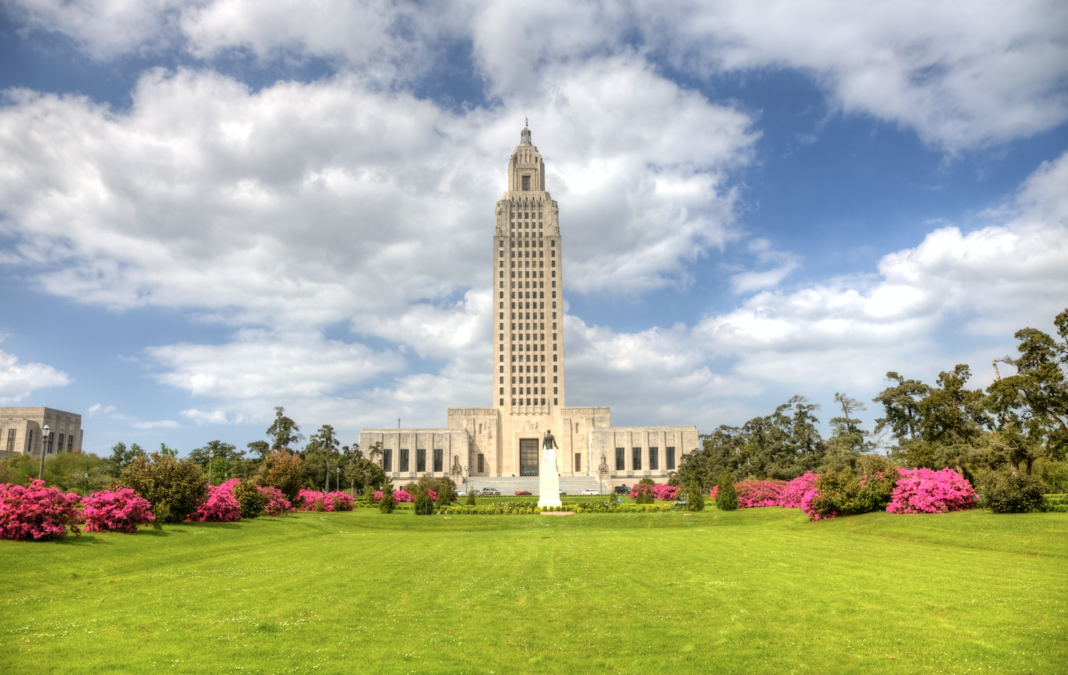 Disasters often make strange bedfellows, but the new coronavirus has thawed some of the frostiest relationships in Louisiana politics—or at least quieted much of the public feuding.

Democratic Gov. John Bel Edwards and Republican Attorney General Jeff Landry have sparred and traded barbs during the four years they have been in their statewide jobs, fighting over everything from LGBTQ rights to finances to the scope of their legal authority.

But with the coronavirus threatening to overwhelm the state’s health infrastructure, Edwards and Landry stood together last week, with similar messages to Louisiana residents about the need to take the virus seriously and follow aggressive restrictions aimed at keeping most people home.

“We are united in this goal. The governor and I are standing here shoulder to shoulder, and that’s how serious a problem we face here,” Landry said, in a jaw-dropping moment between political rivals.

The attorney general, who has often accused Edwards of exceeding his legal authority, this time was defending the governor’s actions as in the best interest of health and safety—and as within the scope of the governor’s authority.

Edwards has closed K-12 schools, shuttered bars and gyms, banned public events over 50 people and limited restaurants to delivery and takeout until at least mid-April in hopes of keeping more people at home and away from situations that could spread the virus. He’s repeatedly called on people to distance from others where possible.

Louisiana has one of the nation’s highest rates per capita of confirmed cases of COVID-19, with New Orleans at the epicenter of the state’s outbreak.

The vast majority of people recover within weeks after catching the virus, and for most people, it causes only mild or moderate symptoms such as fever and cough. But for older adults and people with existing health problems, it can cause severe illness requiring hospitalization.

The rapid spread of COVID-19 in Louisiana has put the state’s health infrastructure at risk of being unable to keep up with the surge of cases.

Landry pushed back against criticism over Edwards’ aggressive restrictions on the state’s residents and businesses.

“I am certain that the governor is as concerned as I am about the impact such actions have on our citizens and economy,” Landry said. He added: “He is acting with restraint and with consideration to individual liberties and freedoms, and I appreciate that.”

Edwards thanked his longtime adversary and talked of the two working together during the crisis.

A united front between two men who have shown little but disdain for each other since 2016 may have been one of the most visible demonstrations of just how grave the public health risks are.

“I’m not going to second-guess Gov. Edwards. We’re all working together,” Kennedy said in a conference call with reporters about congressional work to respond to the virus outbreak.

At least one of Louisiana’s highest-ranking elected officials didn’t worry about demonstrating a collaborative response to the epidemic, however.

Republican U.S. Rep. Clay Higgins posted a video on Facebook saying Edwards has gone too far with the closures of businesses and suggesting the governor is infringing on personal freedoms and constitutional rights. The congressman accused Edwards of sitting “in your ivory tower,” making decisions that could devastate businesses. He questioned if Edwards’ proclamation ordering the closures could be legally enforced.

“These people that own these businesses, they can make up their own mind. They’re not stupid. You can’t make their decisions for them because you think you know best,” Higgins said.

Edwards didn’t directly respond to Higgins’ criticism, but he noted he’s following the guidance of public health officials, the Centers for Disease Control and Prevention and the Trump administration.

“Not a single thing that I have done are things that I would just want to do,” the governor said. “But these things, we believe, are necessary in order to be able to fight this enemy we have.”