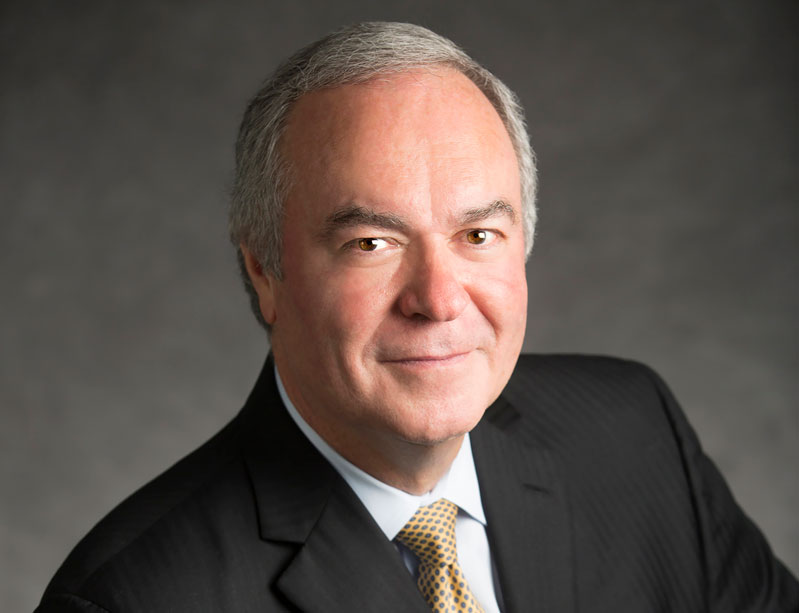 Hunter Biden, son of presidential candidate Joe Biden, reminds me of Elaine Edwards, the late ex-wife of former Gov. Edwin Edwards. In 2014, Biden, at 44, was invited to become a board member of a gas company in the Ukraine where he earned $50,000 a month.

He joined the same year he had been discharged from the U.S. Naval Reserve after testing positive for cocaine use. Not your ideal board candidate for a major utility company. But, then again, his dad was the U.S. vice president and had oversight in matters involving the Ukraine.

But Hunter Biden contradicts that statement, telling The New Yorker that his father talked to him about the directorship: “I hope you know what you are doing,” the younger Biden recalled his father telling him.

I think Hunter knew exactly what he was doing—cashing in on his dad’s position as vice president—and his dad did, too. Is the public—and media—going to buy this bull and give Joe a pass?

Back in 1971, I believe then-Congressman Edwin Edwards and his wife, Elaine, knew what they were doing when, as The New York Times reported in 1976, “Elaine was given $10,000 in 1971 by Park Tong Sun, known in the United States as Tongsun Park, a South Korean businessman who has been identified by Korean and American intelligence sources as a member of the South Korean Central Intelligence Agency. At the time, Mr. Edwards was a member of Congress running for governor. He said that the money was a personal gift to his wife for her and their children, and he knew nothing of it until ‘late 1973 or early 1974.’”

Edwards, in the article, sounds a lot like Joe Biden in his attitude toward this blatant conflict—or even corruption. “I don’t see anything unusual about it,” Edwards told The New York Times when asked about the propriety of his wife’s accepting the money. “They come and go pretty much on their own,” he added, referring to members of his family. Oh, is that all?

Hey, Joe, everyone in Louisiana knows how the disgraceful Edwards era ended—behind bars.

Democrats and year ahead

Among the three Democratic front runners, Sen. Bernie Sanders is in the hospital and former vice president Joe Biden is mixed up with his son’s scandal in the Ukraine, leaving the ultra-left wing liberal, Sen. Elizabeth Warren, to move up in the polls. That is scary.

Warren, ironically, was defending the free speech of President Trump when she laughed off the desperate suggestion sent by Sen. Kamala Harris to the CEO of Twitter asking him to suspend the account of Trump. Sen. Harris: This is still America and free speech is protected in the constitution. (As a lawyer and senator, you should know that.) You want to silence the leader of the free world?

The rest of the field is starting to winnow. New York Mayor Bill de Blasio dropped out. Beto O’Rourke had his moment on a skateboard and hasn’t yet realized he’s done and is still attacking Mayor Pete Buttigieg. I almost forgot about Senators Corey Booker and Amy Klobuchar. And there are a few more running who, I guess, just want their 15 minutes, or a shot at vice president on the ticket.

Have you watched the debates? Eye-opening and chilling. All candidates seem to fall in line as “me too” and want to get rid of guns, cars and cows while opening the borders and let everyone into the country while providing free health care and education to all. They don’t say how they will pay for it all. Their plan is not compassionate—it’s insane.

One thing you can count on: The next 12 months of politics will be volatile, divisive and the nastiest you and I have ever witnessed. That is sad for America and for our children to experience.

Robert Kraft, owner of New England Patriots, was charged with soliciting prostitution in south Florida and apologized (though he is still fighting the charges.) The NFL turns its head and does nothing. But as a recent Advocate editorial points out, when Saints linebacker Demario Davis wears a headband that simply says, “Man of God,” he is quickly fined thousands of dollars for breaking uniform rules.

OK, rules are there for a reason. But isn’t soliciting prostitution by a team owner (who has apologized and said, “I am truly sorry”) against NFL rules, too, and deserving of swift action? As The Advocate alludes, all fans should see something is wrong with this picture and the NFL’s priorities. Another bad call by those who referee the rules.

Business Report is now accepting entries and nominations for its 2020 Business Awards & Hall of Fame. We’re looking for successful entrepreneurs, executives and companies to recognize. Categories include Businessperson of the Year, Young Businessperson of the Year (40 and under), and two Company of the Year awards (one for those with 100 or more employees; another for those with fewer than 100 employees). The Hall of Fame recognizes a lifetime of achievement.

This year’s honorees will be profiled in Business Report and honored at a special gala in March.

All nominations must be submitted online by. Friday, Nov. 1 at Businessreport.com.

Alford: The continued quest for independence

JR Ball: The Baton Rouge year in all its lunacy preview 2020

Riegel: The hypocrisy of a Donald Trump holiday message

Publisher: 2020 will be a long year for Louisiana politics

Riegel: A look at the departing King Alexander’s legacy at LSU

Publisher: We can learn from the success of the LSU football team