Much awaits the Louisiana Legislature when the 2020 primary election cycle comes to an end. The political spotlight will most certainly shift, and lawmakers shouldn’t be surprised when it lands squarely on them.

Gov. John Bel Edwards’ lawsuit against House Speaker Clay Schexnayder and the entire Legislature over the executive branch’s coronavirus restrictions tops the list of what’s next. A hearing before Judge William Morvant in the 19th Judicial District Court is set for Nov. 12.

The political stakes are high for this courtroom drama. A majority of House members have signed a legislative petition to temporarily pause the restrictions, and the governor is suing to halt that maneuver. Attorney General Jeff Landry, meanwhile, has waded into the lawsuit by filing a legal petition on behalf of Schexnayder asking the judge to remove Edwards’ coronavirus restrictions.

In related news, a group of House members learned last week that they were the targets of public records requests filed by the executive branch in relation to the lawsuit. The prevailing theory in the lower chamber is that Team Edwards is looking for communications that show lawmakers were somehow aware that their petition effort would eventually be found unconstitutional.

In his lawsuit the governor argues that the state law permitting House members to approve a petition to override his executive order is unconstitutional because only one chamber of the two-chamber Legislature needed to act.

Writing this early Tuesday morning, both Harris and Marino were hoping for runoff spots in their respective races. Dwight, in contrast, seemed to have the clearest path to victory in his bid for Calcasieu Parish district attorney, which would in turn trigger this year’s second special legislative election.

Should that happen, former GOP Rep. Brett Geymann will be willing and ready to make a run for his old seat in House District 35. A few other names are floating around, but the most formidable belongs to Republican Hal McMillin, who’s being encouraged to get in the race-to-be. A former police juror and auctioneer who offers hunting and fishing tips on the local NBC affiliate, McMillin is seen as a possible candidate who could easily raise the money to compete.

Arguably the biggest question mark hovering over Dwight’s likely departure involves his gig as chairman of the House and Governmental Affairs Committee. The position is a key one for the Legislature, especially with redistricting expected to begin in earnest next year.

Based on several interviews with committee members and lawmakers from across the ideological spectrum, expectations are for Rep. John Stefanski, R-Crowley, to get the gavel. An attorney who currently serves as vice chair of the House Ways and Means Committee, Stefanski said in an interview last week he is definitely interested in the job.

The appointment of the next chairman of the House and Governmental Affairs Committee will be one of the most important political decisions that Speaker Schexnayder will make this term. Because whoever does get the job will have to hit the ground running in a real way and be prepared to collide with what promises to be a contentious process.

That decennial process is a bit behind schedule right now. By this time during the last redistricting cycle, lawmakers had already completed training sessions and attended national seminars. Lawmakers at this time last cycle were also finalizing plans for a series of statewide public meetings by the House and Senate governmental affairs committees.

Once elections are out of the way and a new chairman is appointed, the redistricting process will have to come together in a hurry, along with everything else the Legislature has paused this year. 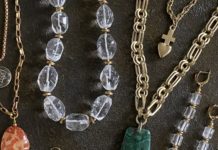 Ornement Jewelry owner turned a college pastime into a business 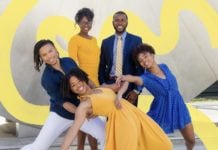 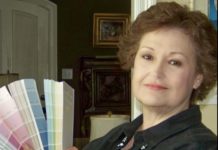 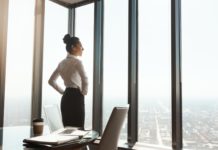