How did Gov. John Bel Edwards win this year’s top race in Louisiana? Unlike previous cycles, which were soaked in twists and turns and mired by complex themes and players, Edwards pulled it off in a rather rudimentary A-to-B fashion.

Heading into the runoff, his campaign brought some new people into the fold and charged them with expanding the primary electorate using new and advanced methods (for a gubernatorial cycle, at least) that spoke to Louisiana’s parochial (and political) nature.

As was well reported this month, Edwards needed to win big in the Baton Rouge, New Orleans and Shreveport metro areas. That’s where you’ll find massive blocs of Democratic voters.

Thing is, that’s always the plan for Democrats seeking statewide office. Without a lion’s share of chronic Democratic voters who reliably vote Democrat, such candidates rarely have a good reason to even be on the ballot.

To claim victory this go around, however, Edwards needed to scoop up voters from every segment of the electorate to increase his numbers statewide. He needed a handful of independent voters, a sizable chunk of rural registrants and a leading share of women. And his campaign managed to produce the numbers in each category.

But the magic that got Edwards across the finish line can be found in the African American communities that serve as part of the backbone in Baton Rouge, New Orleans and Shreveport. Those Democratic voters, more than anything else, helped the Edwards campaign expand its primary electorate.

According to author and journalist Tyler Bridges, the campaign targeted 220,000 African-American voters who participated in the 2016 and 2018 elections and also skipped this year’s primary. From advertising on cellphones and black radio to direct mail and texting programs, the campaign threw everything it had at this voter population.

While such formulas have been successful in other Southern states, such as Alabama, this was the first gubernatorial cycle where the approach was applied successfully in Louisiana. Yet that’s not the end of the story.

What the Edwards campaign did best was to add some skin to the game for local and regional elected officials. Rather than having a single personality (Edwards in this case) ask African American voters to show up for the runoff, a system of surrogates and partners were asked to deliver their communities—especially if they wanted to get help from the administration next term.

In other words, the campaign correctly assumed that the voters who supported the governor but planned to stay home might be more motivated to turn out if they heard from their local pastor or state representative. The messaging, too, had to be altered to accommodate a political narrative rather than a personal one.

“There was also a sense of urgency,” says Kyle Green of Marrero, a former assistant attorney general who was elected to the state House in the primary. “We had to enlighten people as to what the stakes were in this election. Given the losses the Democrats took in the Legislature, and poised with potentially losing this governor, it wasn’t a pretty picture. The voters who are most energized to go out and vote are those voters who are emotionally invested.”

After all was said, there were 60,000 new early voters for the runoff election who did not participate in the primary, of which 41% were African American.

Miles Coleman, the associate editor of Sabato’s Crystal Ball and a Louisiana native, analyzed the runoff vote by congressional district. He found that the 2nd Congressional District, which is anchored by New Orleans, saw an increase of 42,000 new Edwards supporters as compared to the primary.

Now consider that Edwards won by 40,314 votes. “His overall margin was less than the increase in the 2nd District,” he says.

Surprisingly, Coleman added, Louisiana’s 4th Congressional District had the lowest turnout in the state, despite a visit from President Donald Trump to Bossier City two days before the runoff. “I guess Trump just couldn’t get enough of his base out in that area,” Coleman said.

After casting his ballot for governor from the Bluebonnet Branch Library, Rob Bowlin, 42, said in an interview that he was a supporter of Congressman  Ralph Abraham in the primary and decided not long after to support Eddie Rispone.

While it led headlines for a week, he doubted that Trump’s visits would be beneficial for Rispone. “He’s popular wherever he goes. He’s popular here. But can he affect what we’re doing? All politics are local and peoples’ minds were already made up before he came here last week. If they weren’t, they were morons.”

Indeed, the big takeaways from this most recent gubernatorial race were happening inside the state and not necessarily inside Trump’s orbit. Consultant Roy Fletcher of Baton Rouge, for instance, said he sees a “slight blue-ing” happening across the state in certain areas, where Democrats are taking over or accenting precincts Republicans once controlled.

“We used to always say, ‘Hey, Democrats in Louisiana, white Democrats in particular, they vote like Republicans,’” Fletcher says. “That, I think, is beginning to change.”

JR Ball: How long can the Baton Rouge economy survive the cure?

Riegel: The inequity of the pandemic crisis in Louisiana

Alford: The legislative session is fluid if nothing else 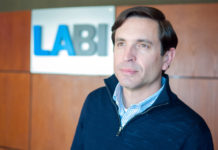