With his job on the line at Oregon State University and the OSU Board of Trustees set to meet tomorrow to determine his future, OSU President F. King Alexander now finds himself under fire from the LSU Board of Supervisors, which, in an unusual move, sent a letter today to the OSU board blasting Alexander, his tenure at LSU and his disparaging comments about LSU and Louisiana during his hearing last week before the OSU board.

“I feel confident that I can speak not only on behalf of my university but also for my state, in saying that I am beyond offended by Dr. Alexander’s arrogant and condescending comments about Louisiana’s culture, our state and our university,”  LSU Board Chairman Robert Dampf wrote in the letter to OSU Board Chair Rani Borkar. “When sharing his opinion that Louisiana had a different moral standard than Oregon, he omits the fact that he enthusiastically counted himself as one of us for seven years.”

During a seven-hour hearing on March 17, Alexander sought to deflect blame for the way he handled reports of sexual violence and misconduct at LSU when he was president from 2013-2019—including the decision not to fire then football coach Les Miles, despite evidence of the coach’s inappropriate behavior with female student workers—by blaming a board that overstepped its boundaries, a campus culture that prioritized athletics above all else, state funding cuts that made it difficult to appropriately fund the Title IX office, and the “values” of Louisiana, where, Alexander said, politics factors into everything.

Dampf took issue with those assertions and also challenged Alexander’s complaints that he was not interviewed by law firm Husch Blackwell, which, earlier this month, issued a blistering attack on the LSU’s mishandling of Title IX violations.

Dampf ‘s letter to Borkar says the firm tried to interview Alexander but that he refused a live interview and only agreed to reply to written questions, which is why his version of events were not fully included in the report.

In the days since Alexander’s hearing board the OSU board, which voted to put him on probation until June, calls for his resignation or firing have only grown throughout the Corvallis community.

The board announced over the weekend it would meet again Tuesday to discuss his future at the university, where he has been on the job less than a year.

The meeting is scheduled for 10:30 a.m. (Central). Read Dampf’s letter here: Letter LSU Board to OSU Board 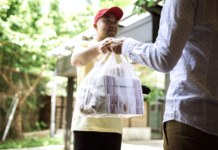 ExxonMobil proposes $100B carbon capture hub, but there’s a catch 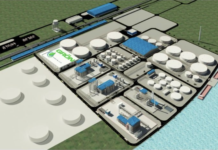