BREC Superintendent Carolyn McKnight says she does not wish to pursue a new contract with the city-parish parks’ department and will instead move back to Texas early next year—when her current deal expires—to spend time with her family.
McKnight, who made the announcement during a speech at today’s Press Club luncheon, says the retirement decision was not influenced by repeated calls for her replacement by some in the community following controversy earlier this year over the location of a renovated Baton Rouge Zoo.
With photos of her grandchildren revolving on a slideshow behind her as she made the announcement, McKnight says she’s been planning to retire since last renewing her contract three years ago.
Though she will not be directly involved in the selection process for her successor, McKnight says she’s willing to remain on the job until a replacement has been found and to play a role in the transition. The goal, she says, is to have a replacement selected by the end of 2018.

Broome administration hopes to use savings to give BRPD raises 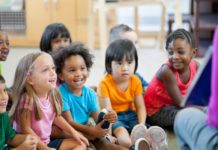 Set the ballot: Nominations open for Best of 225 Awards