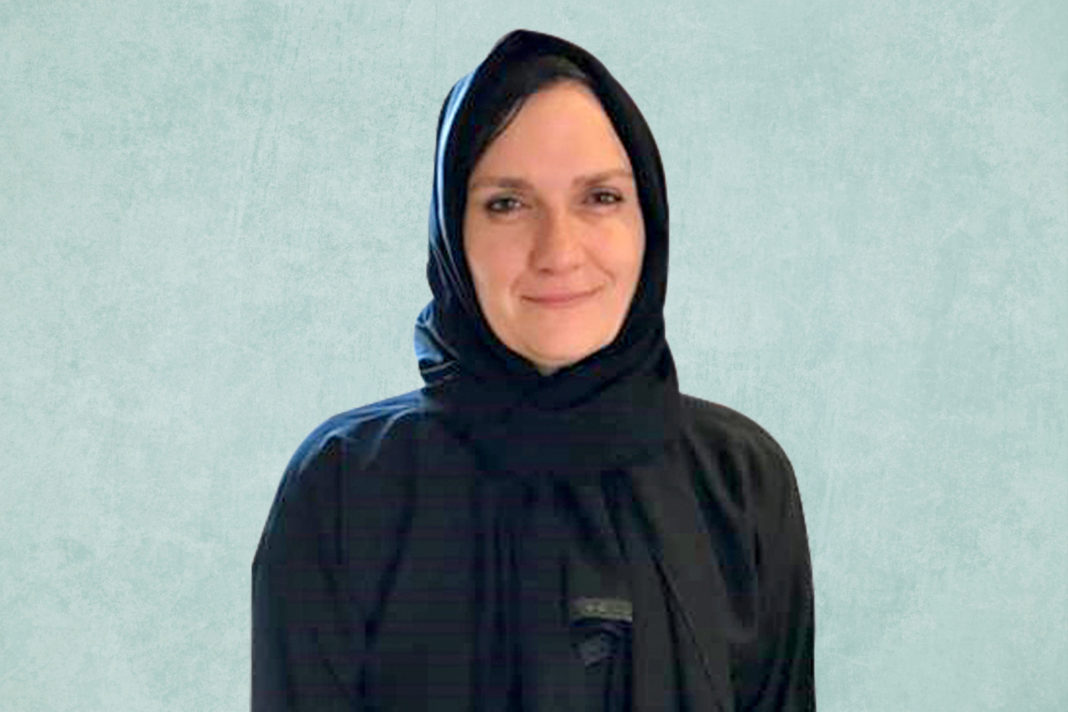 A Baton Rouge ExxonMobil robotics expert is making a global impact beyond her work in the field. Antje “Anna” Lantow Logan is a German engineer with a decade specializing in robotics. A FANUC robot, named for its Japanese robotics manufacturer, is used to place rubber bales into crates.

ExxonMobil is the largest utilizer of this technology in Baton Rouge, and when ExxonMobil’s Saudi Arabian Kemya plant experienced automation issues with their stacking robots, Anna was called upon to lead and instruct their robotics technicians to address the issues properly.

Kemya, located in Jubail, is a 50/50 joint venture between Saudi Arabian Basic Industries Corporation (SABIC) and ExxonMobil, established in 1980. While women have only recently begun moving cautiously into the workplace in Saudi Arabia, within industrial sectors like the Kemya plant, there were no female employees. ExxonMobil knew they needed the support of the best experts in the field and in this case, the best expert happened to be a woman.

In preparation for 10 days as the only female leading a workforce of men—immersed in a culture where women must adhere to strict protocols, Anna was, understandably, a little apprehensive. She did a bit of research and weighed the pros and cons. To encourage and prepare for more women entering the workplace, Kemya’s site manager implemented practical changes, like converting one of the men’s bathrooms for her to use during her time training the team.

“Respect the culture and keep an open mind.”

Anna was not without concerns. She could be put in a difficult situation without any way to contact anyone should something go wrong, but she knew she was the right person for the job.

Anna had to make some pre-travel preparations. She had been advised to delete all photographs from her cellphone since even photos of herself in a T-shirt or shorts would be regarded as pornography and she could be prosecuted.

Anna was taken to a small enclosed “village” designated for ExxonMobil Kemya employees, where she would stay during the duration of her assignment and could walk around without the abaya and headscarf. Outside the village, life in Saudi Arabia was very different. Shopping at the mall, Anna noticed signs on most stores indicating who was allowed entry. She did, however, appreciate the women-only line at the grocery stores.

At the Kemya plant, Anna also had to make adjustments. She didn’t mind changing back and forth from her abaya to her standard safety uniform when going between the cafeteria, the field and the restroom assigned to her. She noticed that when she’d enter a break room, the men would leave without making eye-contact with her. She learned that these men left not because they didn’t think she should be there, but instead to give her personal space as a sign of respect.

Anna’s visit to the ExxonMobil Kemya plant was a personal, cultural and technological success. Her presence in Kemya demonstrated that women can provide valuable contributions while still being respectful of the local culture. She returned to Baton Rouge with an experience she will never forget and new professional relationships she will forever value. Grateful for the opportunity, Anna left this experience feeling empowered and proud to have helped move the cultural needle for her company. She has opened a door for more women to let their own talents and expertise shine in traditionally male-dominated industries.