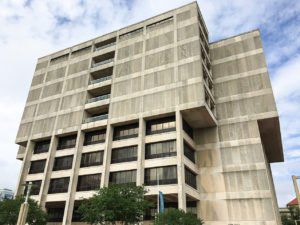 Silverside Cove, a proposed subdivision development near the intersection of Staring Lane and King’s Hill Avenue and located entirely in the floodplain, was approved by the Planning Commission last Monday in a 6-0 vote.

The approval came two days prior to the Metro Council blocking a different subdivision, Maple Cove, which is also in the floodplain. The Planning Commission had also voted against Maple Cove in September. Silverside Cove does not require Metro Council approval.

The fate of the two subdivisions, both being developed by MR Engineering and Surveying, may lie with the amount of public attention each received.

A number of nearby residents spoke out against Maple Cove at various Planning Commission and Metro Council meetings. The development was to be located near University Villas.

Residents were worried about the risk of increased flooding, as the new subdivision would have drained through their neighborhood into Bayou Fountain. District 3 Council member Rowdy Gaudet ended up siding with the residents.

On the other hand, only one resident spoke against Silverside Cove, said Planning Director Ryan Holcomb, and MR Engineering and Surveying offered to meet with the person.

While both proposed developments lie completely in a flood zone, only the Maple Cove property is located on jurisdictional wetlands.

Silverside Cove was deferred by the commission twice earlier this year due to unresolved issues between the applicant and the Department of Public Works, Holcomb says.

The issues were mainly due to stormwater mitigation, but all had been resolved leading up to the last meeting, Holcomb says. The Department of Public Works recommended the subdivision for approval and certified all comments had been addressed.

“I don’t know if there is a big difference,” Holcomb says about the two proposals. “It’s a different development in a different location, but still in the flood zone. Each individual case is heard on its own merits.”

Though Maple Cove was blocked at the last Metro Council meeting, the developer can still submit a revised site plan.

A representative for MR Engineering and Surveying could not be reached for comment.