Home Coronavirus With Tiger Stadium limited to 25% capacity, LSU must decide how to... 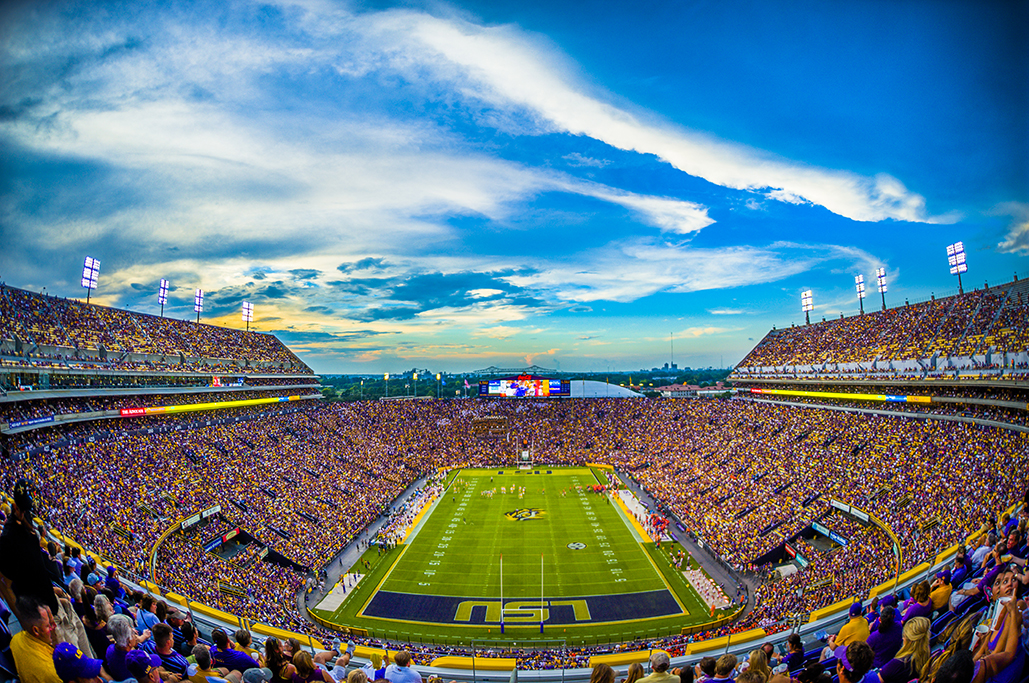 While LSU announced earlier today that Tiger Stadium will open the 2020 football season at 25% capacity, the university’s athletics department has not yet determined how it will allocate available seating among the roughly 25,000 possible fans.

Before it can make a decision, the ticket office must glean how many season ticket holders want to keep their suites and club-level and bowl seats, says LSU Athletics spokesman Robert Munson. The office sent out an email today to all season ticket holders, asking them what they wanted to do—keep their tickets, receive a full refund, donate the value of their season ticket to an athletic fund, or instead reserve their seats for the 2021 season.

Fans who want to opt out of their 2020 season tickets have until Friday to fill out a form included in the email. After the ticket office collects all responses, Munson says it will be able to divvy up seating arrangements.

“We need to know who’s going to keep their tickets and who isn’t,” Munson says. “The goal is for everyone who wants their seats to get a ticket, but it may not be all of their ticket.”

Generally, ticket holders should expect their total allotment of tickets to be reduced. For instance, a ticket holder who normally reserves 12 seats might only be able to reserve six this season, says Munson, though much of that depends on social distancing protocols as compared to how many fans are interested in keeping their seats.

To try and keep families and friends close, Munson says LSU will group fans in “pods” with a maximum of 10 to 12 people. The school has also prohibited any tailgating on campus.

Read the full set of guidelines.