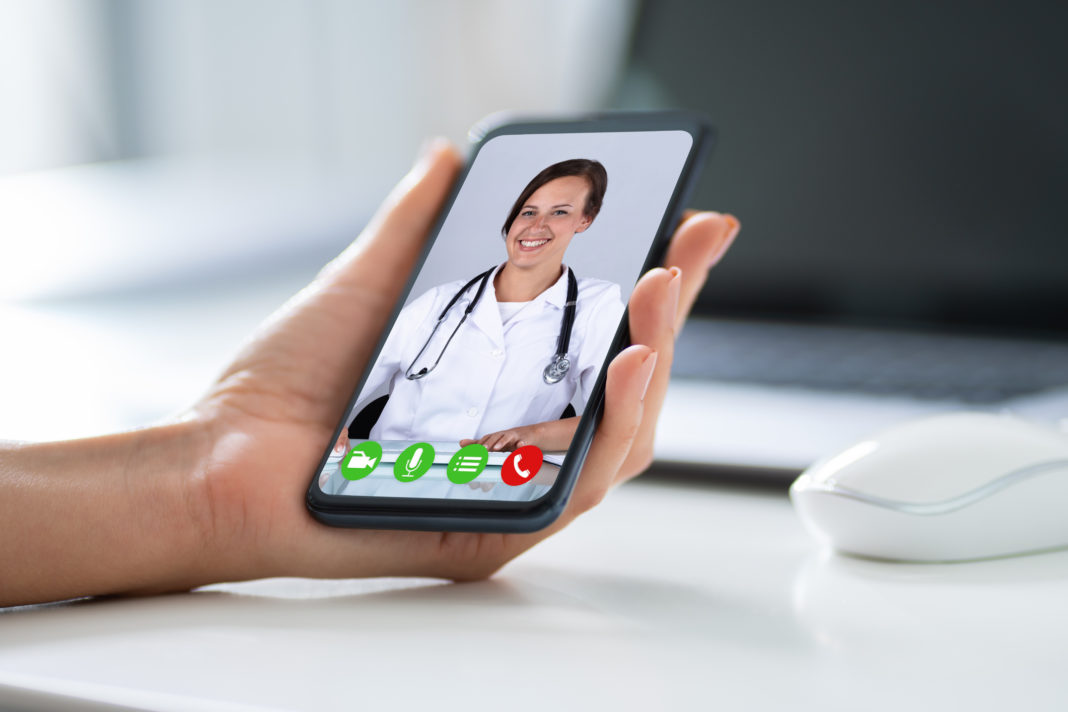 Local health care providers are gradually beginning to see patients again for nonemergency procedures. But if statistics from some local clinics and hospitals are any indication, patients who have embraced new telemedicine platforms may not be coming back to the office for in-person visits unless absolutely necessary.

Providers at Our Lady of the Lake Regional Medical Center and its clinics in the nine-parish Capital Region are currently seeing an average of 6,000 patients per week via telemedicine platforms. To put that in perspective, until mid-March, when the pandemic shutdown began, OLOL providers were averaging just 60 virtual visits per week.

The increase is so staggering, even OLOL officials who have been in the thick of facilitating the transition are a little stunned.

“Obviously, telehealth has cemented itself into modern medicine at this point,” says Dr. James Craven, president of Our Lady of the Lake Physicians Group. “But our increase in telehealth is up over 9,000 percent. That’s incredible.”

Like other providers, OLOL had a telemedicine platform in place before the shutdown so it wasn’t starting from scratch. But over the past two months, it had to make changes to scale up the software and also to make it easier for all patients to access the system.

It also increased the availability of online appointments, which can be scheduled directly by patients up to 8 p.m. nightly.

Though patient volume is still considerably lower than it would ordinarily be, state-level rule changes have made it easier for providers to bill payers for virtual visits just as they do for in-person office care. As a result, at least some revenue is still coming in the door, even though clinic and hospital revenues are down.

Woman’s Hospital clinics have also been doing a lot of telemedicine. Though clinics were essentially shut down for six weeks, patient volume remained at about 50% of what it would normally be because of virtual visits, Woman’s spokesperson Caroline Isemann says.

In recent days, patients have begun returning in person for surgery, which is running at about 60% of normal volume, and imaging services, which is still about 50% of what it would typically be, she says.

As in-person volume gradually increases in the weeks to come, providers say patients will encounter a new range of policies and procedures to protect them in waiting rooms, labs and examination rooms.

Everyone at Woman’s Hospital and its facilities now wears a mask. Additionally, waiting rooms are socially spaced, electrostatic disinfection technology has been installed in the buildings, and more hand sanitizer stations have been set up.

“We are working with patients as they arrive and advise them to wait in their car if they want,” says LaDonna Green, vice president of the OLOL Physician Group. “If they are in the waiting room, our goal is to minimize the wait time and keep them six feet apart.”

But it’s still not clear how many patients will feel comfortable returning to a clinical or hospital setting unless they have to. Craven is concerned patients will stay away when they shouldn’t and says it’s important to get the word out that those with chronic health conditions—the kind of comorbidities that have increased the severity of COVID-19 cases—seek in-person treatment when needed.

But he’s also enthusiastic about the pivot to large-scale telemedicine he has witnessed amid the disruption caused by the pandemic, and though he’s not sure what the new landscape will look like he’s fairly certain the old delivery model in health care is forever changed

“Where we end up, we’re not sure,” he says. “But this has proven to be an effective modality for us to not only screen but evaluate our patients outside of our ambulatory clinic and you’ve seen your front-line providers maximizing the use of this technology. To some extent, it is going to be very vital moving forward.”