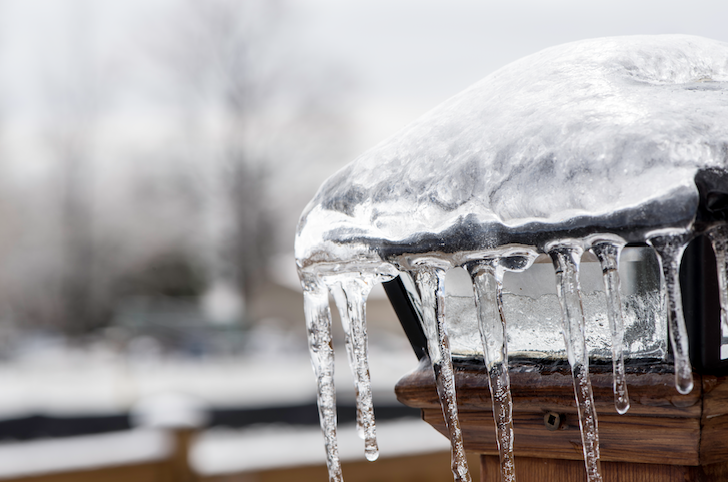 An estimated 30,000 residents and businesses in the Capital Region remain without power this afternoon, more than 48 hours after losing electricity during Monday’s ice storm, and patience is starting to wear thin.

Adding to the frustration were Tuesday night’s rolling blackout, which caught many off guard, and the inaccuracy of the outage map on the Entergy website that is supposed to inform customers but instead continues to show outages where none exist—and vice versa.

Kalurah Street near the Perkins Road overpass is just one example. The map shows the area is still out of power, but Bet-R Neighborhood Market and BLDG 5 restaurant across the street both have electricity and are open for business.

“We lost power here but it came back on yesterday, except for the compressors that power the freezers,” says Bet-R owner Cliff Boulden. “So unfortunately, we had to throw out all the meat and frozen products but I don’t know why the map would be wrong, because we have electricity now.”

“We continue experiencing a delay in reflecting restoration status on the outage map, causing temporary discrepancies in information presented,” he says. “But we are working to correct the issue and apologize for the inconvenience. If power is restored in your area and/or an outage at your location is not displayed on the map, please contact us to report your outage.”

Updating outage maps is just one of many problems Entergy and other utility companies are dealing with throughout a region that is unaccustomed to major winter storms and days of below-freezing temperatures. The Capital Region appears to have been harder hit in terms of power outages than Lafayette and Lake Charles, which were just as cold but saw more snow than ice, according to Scardigli.

“Baton Rouge saw more ice where southwest Louisiana saw more light ice and snow,” he says. “That heavier ice coupled with a tree canopy-heavy area like Baton Rouge caused a lot of vegetation damage. So our crews are encountering a lot of broken, weighted down tree limbs that have fallen onto our equipment.”

While the line crews are continuing to try to restore power to customers as quickly as possible, a lot of people, including the Louisiana Public Service Commission, are questioning the response. PSC District 2 Commissioner Craig Greene says his office has been inundated with calls.

“People have communicated their frustration regarding the maps and lack of clear communication from Entergy,” Greene says. “I have shared these frustrations and my own with the company. There will be time for fact gathering and evaluation.”

Greene says the PSC has already begun collecting information and investigating the response of the area’s regulated utilities to the storm, a process he expects to continue in the days to come.

“We will provide answers as we have them in the coming weeks and ensure that mistakes are acknowledged and improvements are made,” he says “Right now, though, the focus is getting the power back on safely and keeping it on.”