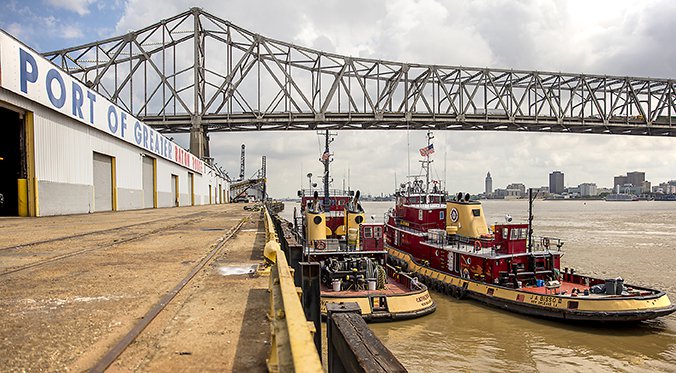 Supply chain shortages and bottlenecks are affecting commerce around the globe, but it seems the Port of Greater Baton Rouge has been mostly untouched by the problems that plague other ports.

The reason for this is that the port handles primarily dry and liquid bulk items rather than retail products, Jay Hardman, executive director at the port, says, and the cargo they have is moving.

Operations continue to go smoothly, he says, and there has been no problem obtaining dry bulk ships for the wood pellets that come through the port. Liquid bulk inbound and outbound on the tanker side has also been moving smoothly.

The Port of New Orleans faced delays after Hurricane Ida and shut down container vessel operations for nine days after the storm.

Bloomberg reports that ports in Los Angeles and Long Beach, which handle large quantities of product from places like China, saw the number of boats anchored outside the ports more than double between late July and late August.

Recent truck driver shortages have further added to national shipping delays, but the Port of GBR hasn’t had to deal with that either, Hardman says. Most of the trucking for the port is regional, and they don’t have many long-haul truckers moving products.

Earlier in the pandemic, there was a lack of domestic demand for petroleum, he says, which caused a drop in petroleum products moving through the port, but demand is now returning to normal numbers.

Hardman doesn’t think the shipping issues will reach his port any time soon, and supply chain delays may linger into 2023, the ships that haul liquid and dry products should remain largely unaffected.