Westport Linen Services processes more than 50 million pounds of health care laundry annually, and the locally owned company, which serves facilities in Louisiana, Texas, Mississippi and Alabama, has a key role in helping to prevent the spread of infectious disease.

“Linen is considered a vector of disease,” says Westport Linen co-owner Eddie Lefeaux. “It could possibly spread infection by conveying pathogens from one host to another, which makes it essential that all health care linen is hygienically clean.”  Westport Linen works closely with the infectious disease prevention departments within hospitals and treats all linen as if it is highly contaminated before beginning the cleaning process.

Westport Linen is one of the few laundries in the area that is accredited by the Health Care Laundry Accreditation Council, which puts the facility through an intense process where all aspects of the business are certified, including hiring of employees, handling and transporting of soiled linen, in-plant processing and delivery back to the client.

“Our clients have the assurance that we are processing the linen according to the HLAC and TRSA hygienically clean standards,” Lefeaux says. “We take it very seriously. If the carts aren’t clean, things like that, you can cross contaminate pretty quickly.”

Westport uses an EPA approved chemical that is specially formulated for the health care industry, and processes are monitored hourly. While the industry-wide rejection rate of laundered linen is 5 percent, Westport’s standard is 2 percent or less. The company uses advanced machinery and computerization to recognize mistakes and stop the laundering process immediately, rather than at the end of an hours-long cycle. 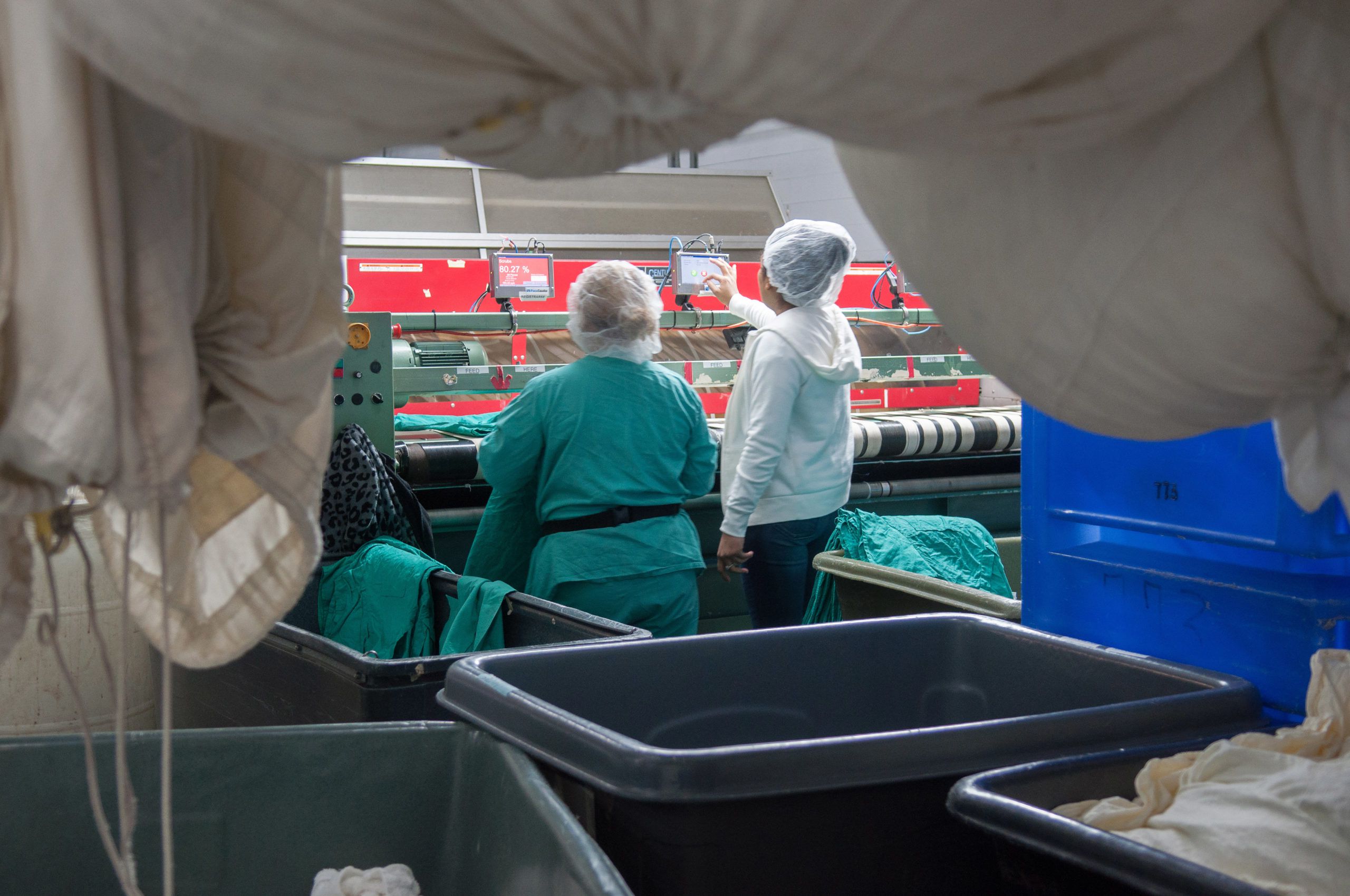 One aspect that sets Westport Linen apart from similar commercial laundries is its commitment to laundering only health care linen such as scrubs, patient wear, pillowcases, sheets, bath towels and wash cloths used by hospitals, surgery centers, doctor’s clinics and nursing homes so as not to commingle the health care linen with linen from other industries. This results in a higher quality product.

Westport Linen now has three plants which are located in Baton Rouge, Lafayette and New Orleans, more than 400 employees and more than 300 customers served. The company’s quick growth can be traced back to its reliability and quality product.

“We’re one of the most reliable service providers a hospital has,” Lefeaux says. “We deliver during storms. We make sure the hospitals are completely covered. Our people step up.”