Home Newsletters Daily Report AM Alford: What to sweat post-elections 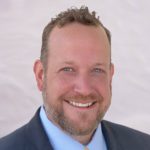 Some folks are still sitting around trying to figure out how Gov. John Bel Edwards won a second term and shut down a challenge from Baton Rouge businessman Eddie Rispone. Others are still wondering why the GOP secured a supermajority in the Senate but not in the House.

Then there are those who either scratch out a living, make money from or spend money on Louisiana politics. Lobbyists, consultants, elected officials and the like are a few steps ahead and looking as far down the line as possible. Here are nine Baton Rouge-based factors they’re sweating that perhaps you should sweat as well:

1. Who’s who?: When the 72nd Legislature is seated in January, there are going to be dozens of newly elected faces in the House and Senate. To be precise, next term will host 64 true rookies (18 in the 39-member Senate and 46 in 105-member House).

2. House Speaker election: Majority Leader Lance Harris, R-Alexandria, recently sent out a text message alerting other members of the House that he is running for Speaker of the House. Rep. Stuart Bishop, R-Lafayette, is another top contender to watch. Others said to be making moves include Republican Reps. Stephen Dwight of Lake Charles, Ray Garofalo of Chalmette, Barry Ivey of Central, Sherman Mack of Denham Springs, Tanner Magee of Houma, Jack McFarland of Jonesboro, Clay Schexnayder of Gonzales and Alan Seabaugh of Shreveport.

3. Senate President election: The Senate changed its rules recently for future leadership elections, meaning that January’s nominations for president will transpire by secret ballot. Most of the chatter has centered on Republican Sens. Bret Allain of Morgan City, Page Cortez of Lafayette, Sharon Hewitt of Mandeville, Ronnie Johns of Lake Charles and Rick Ward of Grosse Tete.

4. The new administration: Will Edwards and/or his administration play in the House and Senate leadership elections? Will the Edwards administration be replacing any department secretaries next year? Are any Cabinet officials or top staffers looking to make an exit ahead of 2020?

7. Redistricting: State legislators will be charged with personally redrawing Louisiana’s election lines in 2021.

8. JBE 3.0: National Democrats are about to start knocking on the door of the man who campaigned as the anti-Bobby Jindal. Will Edwards cut his term short to run for the U.S. Senate? Boosters don’t see it, but, either way, Edwards continues to be a rising national star in the Democrat Party, and his stock is on the uptick.

9. Legacy building: Unless Edwards pulls a John McKeithen and convinces voters to add a term on for him, he will be out of office come January 2024. So we can probably expect him to swing big this term on issues near and dear to him. Will that mean a gutsy move toward tax reform? Another look at constitutional law? We’ll know sooner than later.