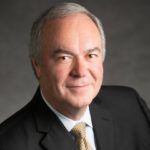 On the October ballot last year, CATS asked Baton Rouge residents to renew a 10-year property tax that accounts for much of the bus system’s annual $30 million budget. While acknowledging the city needs mass transit, Business Report founder Rolfe McCollister recommended a “no” vote to send a message: Clean up your act and get a solid plan and management with results.

McCollister has long advocated for the city-parish government to contract out the management of our bus system, much like Baton Rouge partners with ASM Global on operational management of the Cane’s River Center. It’s a stance he continues to maintain as McCollister makes clear in his new opinion piece.

Despite the legacy of questionable operations of CATS, the mayor, BRAC officials and many others came out in support of the tax plan, and it easily passed.

But less than six months after the vote, CATS CEO Bill Deville was removed from his position by the CATS board, a board that allows him to continue “earning” his $190,819 salary. This waste of tax dollars is a further example of why it should be privatized, McCollister writes.

Also in his column, McCollister writes about the spate of crimes at the OYO Motel, which have been covered by The Advocate, which he says is unacceptable, as well as his approval of Elon Musk’s plan to purchase Twitter, shaking up the social media world.