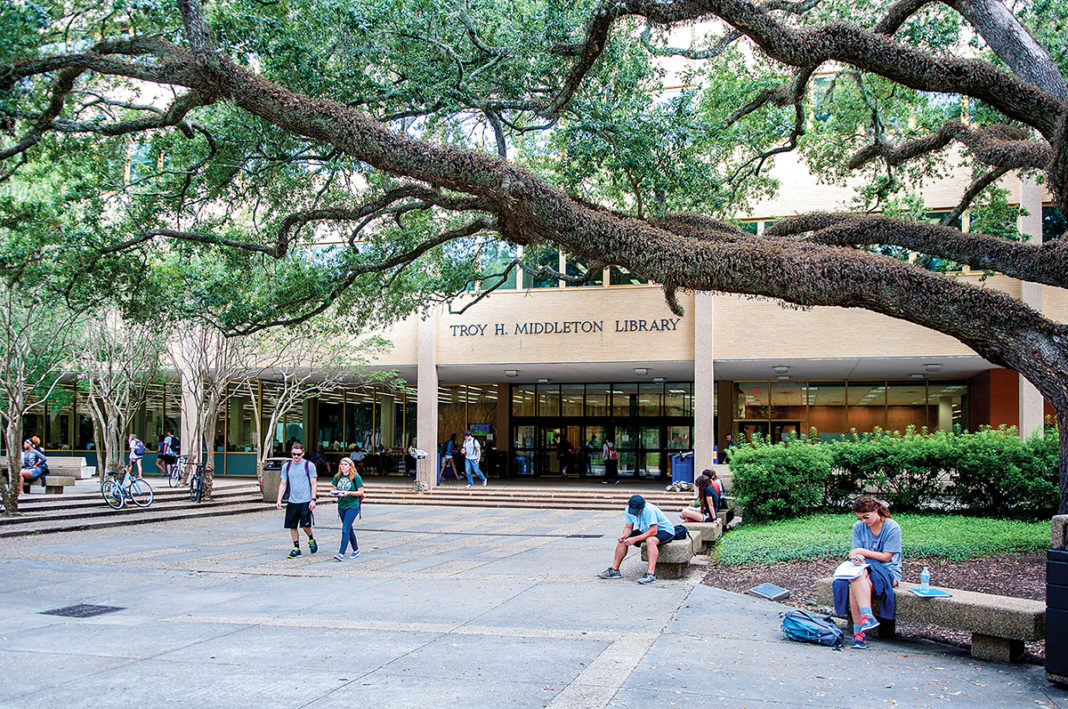 Gov. John Bel Edwards urged the LSU Board of Supervisors this morning to remove the name of former President Troy H. Middleton from the university’s main library.

“This is an opportunity to be on the right side of history,” Edwards says. “It is the only way we can understand one another better and to move forward. … Black lives matter and black students matter.”

Middleton, who served as president of LSU from 1951 to 1962, has been viewed as the face of segregation at the university since the disclosure of a letter he wrote in 1961, saying LSU kept black students separate from white students.

Amid recent nationwide protests over racial inequity, spawned by the police killing of George Floyd in Minneapolis, LSU officials have been meeting with black student leaders about how to create more equity and diversity on campus.

Removing Middleton’s name from the library is one of the ideas being pushed by student leaders. At a town hall meeting last week, Edwards said he supports the move, even while acknowledging it is controversial.

He reiterated those comments this morning.

“We have to take action as appropriate and necessary,” he says. “Obviously black student leaders at LSU are among the important voices we need to listen to. They are telling us it is time for their library to represent someone everybody, every student can be proud of and I support them. It is time for the name of the library to be changed. Simply put, and this gets to the heart of the matter in 2020 and going forward, LSU students should not be asked to study in a library named for someone who didn’t want them to be LSU students. We can do better. We can be better.”

Middleton’s family, however, opposes the move and is expected to also address the board this morning at its regular meeting.

In a letter to The Advocate Tuesday, Middleton’s great-grandson defends Middleton’s record and legacy and says the controversial 1961 letter paints an incomplete picture of a man, who was appointed, just a few years later, to chair Gov. John McKeithen’s Biracial Commission on Human Relations, Rights, and Responsibilities, and, as a result, gradually changed his views on the issue.

“ … (He) grew on an important and hotly contested issue in the way that the people now supporting his erasure claim to seek,” writes Troy Middleton IV. “My great-grandfather’s growth is a shining example of ‘being the change.’ He was a man who, for the last decade and a half of his life, worked at a high public level to bring about the sort of change his protesters claim to support.”

Edwards acknowledges Middleton’s service but says that “does not change the fact that as LSU president he held segregationist beliefs and conformed his actions to those beliefs.”

The academic affairs committee is discussing the meeting at this hour. The full board will vote on the committee’s recommendation when it reconvenes after committee meetings are concluded.