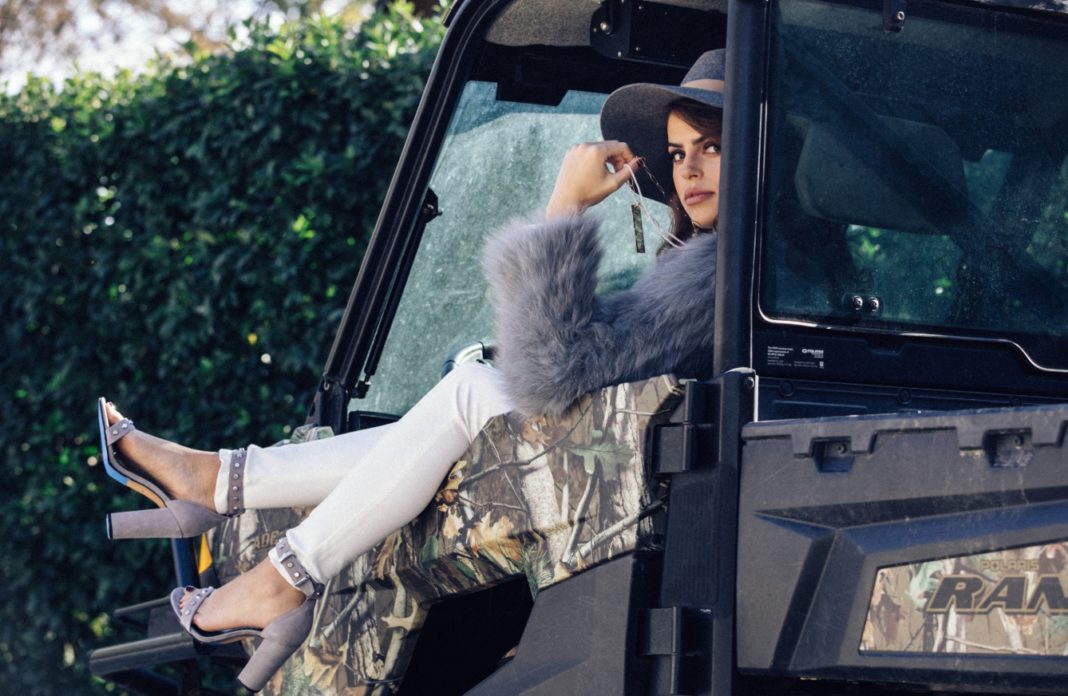 While most people will recognize Tyra Banks on this year’s cover of the Sports Illustrated swimsuit issue, Baton Rouge folks may recognize another familiar face—Brooks Nader, a 2015 graduate of Episcopal High School and granddaughter of LSU football administrator Sam Nader.

Clad in the issue in designer bikinis on the sandy beaches of the Bahamas, Nader seems far from the moss-draped oaks on Tulane University’s campus, where she studied finance before moving to New York City to pursue modeling full-time.

As one of six women chosen through the publication’s model search competition in Miami, Nader says the issue focuses on shattering perceptions of the modeling industry. And while she’s been working in the industry full-time for years now, breaking into the industry wasn’t easy.

“I was 15 pounds heavier when I first entered the industry, and way more confident,” Nader says. “As I got further into the industry, the more rejection and criticism I faced.”

Nader says moving to New York, people tried to fit her into a certain type of modeling work and told her she could never work with Sports Illustrated. New York is more of a runway, high-fashion market, while markets such as Miami and Los Angeles are more friendly to different body types.

“When I was 19 and just starting out, I really took (rejection and criticism) to heart,” Nader says. “As you work more and more jobs, and more people start following you, you learn to block out the noise.”

It was MJ Day—the Sports Illustrated swimsuit issue editor—who gave her the “life-changing yes” that landed Nader in the magazine and she says it’s encouraging to have someone in such a position take her under her wing. She aims to break more into modeling fashion and says Banks and Christie Brinkley—who lead successful careers in business, as well as modeling—are inspiring.

“Tyra said ‘There’s a million pretty girls with pretty faces, stunning women who didn’t make it as far,” Nader recalls, adding Banks said it’s important to have a good personality and strong work ethic to thrive in the modeling industry, which may require long hours in uncomfortable environments.

“It doesn’t matter who tells me no anymore,” Nader says. “I have new-found confidence since working with Sports Illustrated. It’s opened so many doors.”

Read a 2018 feature on Nader from 225 here, and see her Sports Illustrated shoot here.