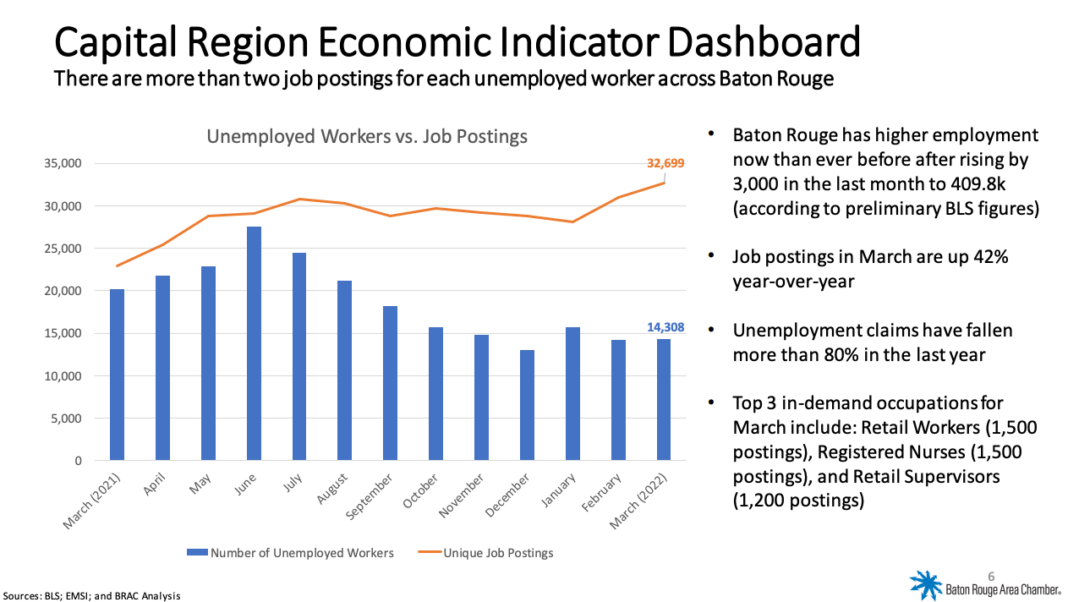 That total, which appears to be a single-day record, does not represent the event’s full economic impact because it doesn’t include the money concert-goers spent at restaurants, bars and other local businesses, says Andrew Fitzgerald, BRAC’S senior vice president of business intelligence.

Other findings in BRAC’s latest monthly look at the local economy include:

Fitzgerald says the Capital Region’s economy is performing reasonably well compared to peer metros, aside from a shortage of people to fill available jobs. There are about 33,000 job listings now, but only about 15,000 people who are unemployed and looking for work.

“It’s a fight for talent right now,” he says.