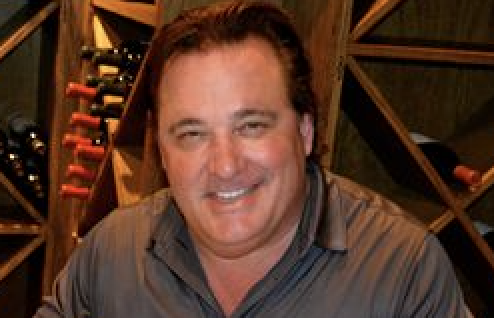 Those in Baton Rouge’s business community remember the late Ruffin Rodrigue as a larger-than-life figure who loved to celebrate and advocated tirelessly for Louisiana restaurants.

Rodrigue, owner of the iconic Ruffino’s restaurant and a former LSU football player, died of a heart attack Tuesday night.

He first made his mark in Baton Rouge playing as an offensive guard for the LSU Tigers from 1986 to 1989. Rodrigue not only saw the team win the SEC championship, but also amassed a close-knit group of friends that would go on to forge their own successful careers in the city, supporting one another throughout. They all say Rodrigue helped form the backbone of the food scene Baton Rouge knows today.

Though he never worked directly with Rodrigue, local restaurateur and longtime friend Brad Watts says Rodrigue was “always there” for him and others in the restaurant industry—especially this year, when Rodrigue advocated for Louisiana restaurants hit hard by the pandemic to receive grants and relief.

“He got it, always generous to staff and patrons and always there,” Watts says. “He knew one of the most important aspects of our business is to show up. Absentee owners don’t make it in our business.”

Former LSU teammate Gordy Rush, who’s currently vice president of Guaranty Media, remembers living with Rodrigue when he left a job at Mockler Beverage to work as T.J. Moran’s general manager at DiNardo’s, which would eventually become Ruffino’s following a game-changing partnership between Moran and Rodrigue.

“Ruffin was an entertainer—he would sing ‘Happy Birthday’ at your table, and the restaurant became known for that,” Rush says. “He was the guy at the front door that everybody went to see.”

Beneath Rodrigue’s genial exterior, however, was a man who Rush says “overachieved his whole life,” from finding a way to be a starter for the LSU football team despite his relatively short 6-foot-1 stature to opening a popular Italian restaurant as a small-town Cajun from Thibodaux. Rush attributes Rodrigue’s success to his tireless work ethic and natural ability to network and influence people.

It’s a sentiment echoed by Louisiana Restaurant Association President Stan Harris, who helped recruit Rodrigue and Peter Sclafani to DiNardo’s in the late ‘90s. Harris says Rodrigue, through his work at Ruffino’s, was able to disprove the notion that a restaurant’s location was its make-or-break quality.

“The [Highland Road] location where we opened that restaurant had not been a successful location,” Harris says. “Ruffin proved that a restaurant’s success wasn’t about a good location, it was about a good concept.”

Noting that 50% to 60% of restaurants fail within their first year of business, Harris says Ruffino’s 21 years in operation on Highland, expansion into Lafayette and venture into catering downtown is a legacy in itself.

Rodrigue’s legacy can also be seen in the Baton Rouge Epicurean Society he co-founded, which raises money for children’s health and nutrition programs. It’s evident from his advocacy work serving on Gov. John Bel Edwards’ COVID-19 advisory board on behalf of the restaurant industry, as well.

Others tip their hats to Rodrigue’s inherent ability to connect with people, particularly his colleagues, to whom he’d often lend a helping hand.

“He was so passionate about life,” says longtime friend and former TJ Ribs owner Kevin Kimball, who’s now operations manager for Wayne Stabiler Companies and general manager for Stab’s Steak and Seafood. “He loved his family, his friends and just people in general.”

“I’m still in shock over this,” Graves says. “But through this fog, I can see his smiling face and I can remember two of the things I always admired: His special gift of making others feel good about themselves, and how he chose to see the good in people.”