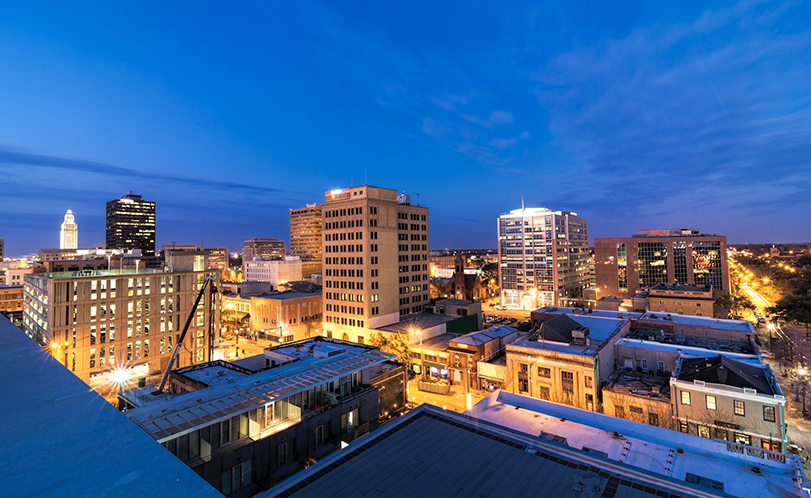 Many downtown security cameras are being replaced and new ones are being added with funds raised by the Baton Rouge Law Enforcement and Criminal Justice Foundation.

Much of the camera infrastructure downtown dates back to 2007, said Clay Young, chair for the nonprofit, who announced the move at Tuesday morning’s Downtown Development District meeting. The nonprofit raised $150,000 for the new cameras. Nineteen will be replaced and 10 will be added in locations including Convention Street, Saint Louis Street and the areas around the Capitol Grounds and Raising Cane’s River Center.

On another matter, commercial pedal carriages can now apply with the Baton Rouge Taxicab Control Board to offer their services to downtown patrons. The carriages amount to group party bikes that allow customers to bring their own alcohol while they ride around downtown.

Pedal Pub is one franchise interested in offering the service, though no permits have been issued yet. The Metro Council recently approved ordinances that outline operating areas for the carriages, routes and hours of operations.

“I’m confident that, with these regulations in place, it should be a great thing for downtown,” says Gabe Vicknair, DDD interim executive director. “Obviously it’ll be an attraction for a lot of young people and large groups. It should also bring some more traffic to our bars and restaurants.”

Other items discussed at the DDD meeting include: