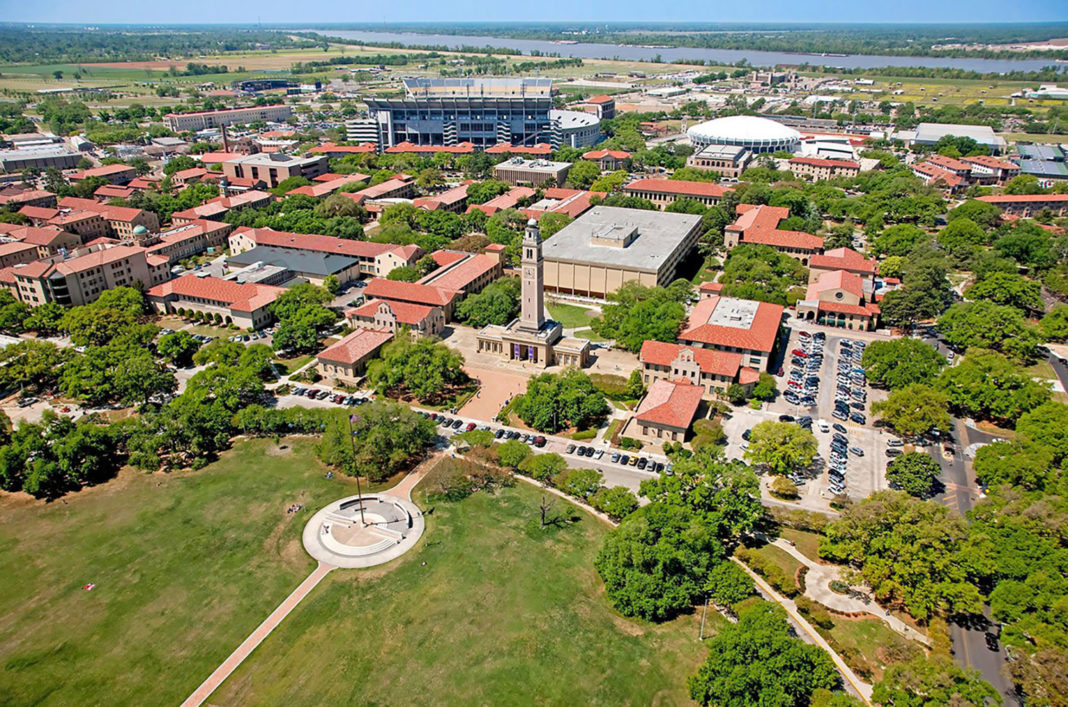 LSU has tumbled in the latest rankings of colleges and universities released Monday by U.S. News and World Report.

Among schools in the Southeastern Conference, only Mississippi State, which came in at No.  99 among public universities and at No. 196 nationwide, ranks lower.

Last year, LSU noted in its press release about the annual report that it had outranked SEC rivals Arkansas, Ole Miss and Mississippi State.

But Arkansas and Ole Miss moved up over the past year, while LSU moved down.

LSU has not yet issued a press release about this year’s rankings but in a statement in response to a request for comment, LSU President William Tate attributes the drop to lower rankings in two areas: financial resources and faculty resources.

“Our strategic aim, Scholarship First, will target investments that directly impact our faculty, our students and our facilities,” Tate says. “To improve will require significant state and philanthropic investments in students and faculty members.”

The rankings have been criticized in recent years for using metrics that reward wealthier institutions and for being poor indicators of a college’s quality.

Yet, as The Chronicle of Higher Education noted Monday, public colleges and universities still rely on the rankings and “continue to pursue the accolades that many have said is antithetical to the mission of state-funded higher education.”

Former LSU President F. King Alexander has been among the harshest critics of the ranking system because it favors wealthier students.

“Everybody knows how to get graduation and retention rates up,” he told The Chronicle. “You turn down every academically challenged student.”

Ironically, under Alexander, LSU achieved some of its highest rankings in recent years: In 2018, LSU ranked No. 133 among national universities and No. 63 among public institutions.

Tate says, while financial resources have been limited compared to other universities, “LSU has contributed to a Nobel Prize, set a record with $166 million in research grants and contracts awarded to faculty, and had a record-breaking number of students win prestigious national awards in 2021.”

Besides LSU, three other Louisiana institutions ranked nationally in the 2022 Best Colleges:

In other Louisiana rankings published by U.S. News: