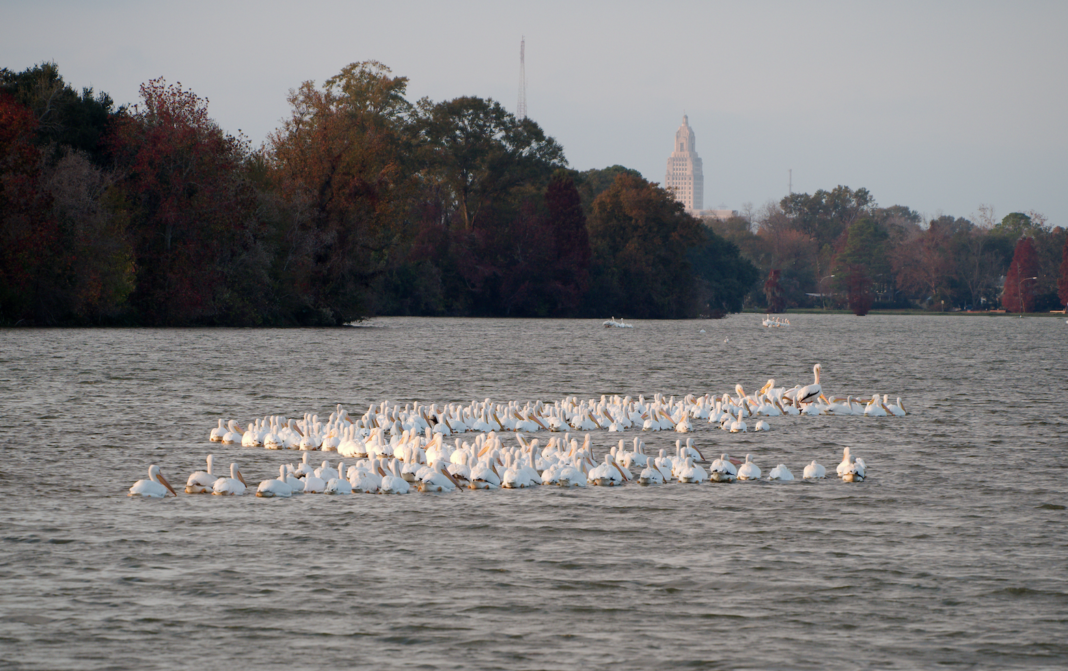 Gov. John Bel Edwards today unveiled the broad outlines of a plan to fund the restoration and enhancement of the six-lake system that runs through City Park and LSU.

The funding will come from multiple sources, including the state, city-parish, BREC and LSU. Each has committed to putting up an unspecified amount of money to make the plan, estimated to cost at least $50 million, a reality.

The Baton Rouge Area Foundation, which conceived of the project several years ago and has been spearheading efforts to bring it to fruition, already has put up $1 million to fund a master plan that will guide the dredging and enhancement work.

Officials from all the partner entities were on hand at this afternoon’s announcement at the State Capitol to celebrate the shared commitment to restoring what BRAF Executive Vice president John Spain calls “the crown jewels of Baton Rouge.”

Though efforts to clean up the long-neglected lakes have been discussed for years, there were several challenges to getting the project off the ground, namely, where would the money come from and how to share the cost?

Algae that bloomed in City Park Lake earlier this year and has yet to subside created a sense of urgency to address the problem immediately, officials said today.

Despite that impetus, it will likely be at least a year before any dredging work begins on the lakes. Once it does, dredging will be done in stages so that no lake is entirely drained at one time.

Dredged material from the lake bottoms will then be deposited around the shores of the lakes and landscaped to create walking and biking paths. Material will also be used to create a bird sanctuary.

As for the funding, BREC will be the first partner to pony up. Later this month, the BREC board of commissioners is expected to approve allocating $5 million the park system has in reserves to fund design and engineering work for the project.

The LSU Real Estate and Facilities Foundation, which owns four of the lakes, will serve as the facilitator of the project and will handle all the procurement, including the selection of a program manager. Separately, the LSU Athletics Foundation has committed to supporting the project, though LSU Athletic Director Scott Woodward, on hand today, couldn’t say in exactly what capacity.

The LSU REF will also make a capital outlay request in the 2021 construction budget, which Edwards says the state will support.

But Commissioner of Administration Jay Dardenne, largely responsible for crafting the funding plan, says the request will be a “placeholder request” and that the money may not ultimately be needed because other state funding sources will also be tapped.

Dardenne says some funds from the Louisiana Department of Transportation and Development earmarked for the I-10 widening project will be used because the I-10 project will impact the lakes being dredged.

RESTORE Act funds from the Coastal Protection and Restoration Authority will also be tapped, as will a portion of block grant funds coming from the federal government to pay for watershed management.

Mayor Sharon Weston Broome has also pledged to use some of the estimated $49 million set aside in the MovEBR plan for sidewalks and other enhancements to pay for the new walking and biking trails around the lakes.

She couldn’t say today how much the city-parish will put towards the effort, and Dardenne says it’s too soon “marry any particular partner to a certain dollar amount because we just don’t know yet.”