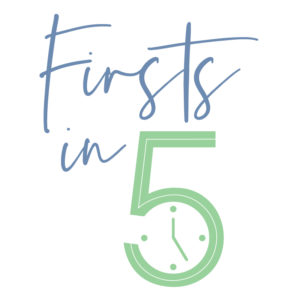 Firsts in Five poses five questions to South Louisiana women who were first in some aspect of their field or in the community.

With 37 years of experience in Baton Rouge’s legal scene, Christine Lipsey is widely recognized throughout Louisiana for her expertise in commercial litigation, having served as the first female president of the Baton Rouge Bar Association. Day to day, she represents a mix of small and large businesses, state agencies, lenders and others for McGlinchey Stafford, also serving as the firm’s general counsel.

Lipsey—recognized this year both as a Louisiana Super Lawyer and as one of the Best Lawyers in America, and nominated for a federal judgeship in 2011—recently talked with The Network about her own experiences as a female attorney in Baton Rouge, offering insight into the challenges and opportunities for women in the field.

As the first female president of the Baton Rouge Bar Association, how did your perspective and accomplishments differ from those of your predecessors?

I was particularly interested in the educational efforts we had in place, including a “Lawyer in the Classroom” program, where lawyers explain their professions to school-aged students, and a strong moot court program. My greatest accomplishment was contributing to an already robust organization and maintaining its vibrancy.

With increased competition, has there been a shift in the mindset of corporate clients since you began your career?

Corporate clients are more demanding now—they’re definite about their expectations and view legal expenses as a cost center. We’ve got to be responsive to clients’ desires and needs, as efficiently as possible. Many law firms should evaluate their efficiency and delivery of legal services.

One in three female lawyers has been sexually harassed at work. How rampant is this problem in Baton Rouge and what, if anything, is being done to address it?

It’s difficult to answer, because female lawyers’ perceptions of sexual harassment have probably changed from when I started practicing in 1982. A behavior that someone might’ve overlooked back then might not be overlooked today. I have no doubt that it occurs, but people haven’t come to me saying they were sexually harassed at work. McGlinchey Stafford has a robust program designed to address the issue, and I’m sure other firms do as well. That didn’t exist three or four years ago. There’s much greater awareness of and sensitivity to those issues now.

While more women than men work in the legal profession (68% verses 32%), men dominate the higher-paying and higher-ranking jobs, contributing to a wide gender wage gap that, in some cases, nears 39%. Is this also an issue in Baton Rouge?

Female attorneys have multiple roles they’re juggling—parenting, managing a home and practicing law—and sometimes they’re penalized from a compensation standpoint because they can’t produce financially what a man could. Even now, female lawyers’ numbers aren’t reflected in equity ranks, meaning they aren’t participating in a firm’s profits.

What still needs to change within the field, locally?

It’s been worthwhile for private law firms to implement nontraditional schedules. But there  also needs to be a greater recognition of the positive things female lawyers bring to the table: They’re focused, decisive and efficient.

Interview edited for space and clarity.

Recommend someone for Firsts in 5.